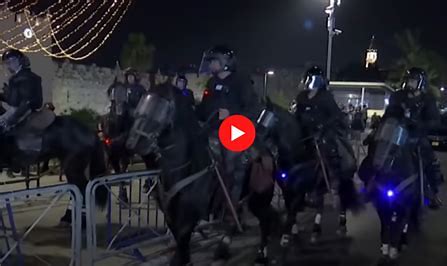 Can there be coexistence? Not with the way the Muslim Arabs are acting now in mixed cities like Lod. The Muslim violence is horrifying!

When Will Muslim Violence in Lod End?

This attack happened to a building in a Chareidi (Ultra-Orthodox) neighborhood of the mixed Jewish-Muslim Israeli city of Lod. Lod has made news headlines many times this year because of the extreme Muslim violence and the horrific attacks that Muslims in the nieghborhood have perpetrated against their Jewish neighbors.

The world talks about coexistence. Is it possible? Maybe—but it is up to the Muslim Arabs, not the Jews. The Jews are not the ones attacking their Arab neighbors. They are not the ones stoning Arab cars and carrying out terror attacks. If the Muslims stop their violence, peace would happen instantly.

Why should the Jewish people have to suffer anymore in their own homeland? The Israeli government must put an end to this madness. The Muslims carrying out these attacks should be held accountable.

There are Arabs in Israel who appreciate the Jews and the Jewish state and all their opportunities. But sadly, many don’t—who would rather murder and harm innocent Jews than live a life of peace.