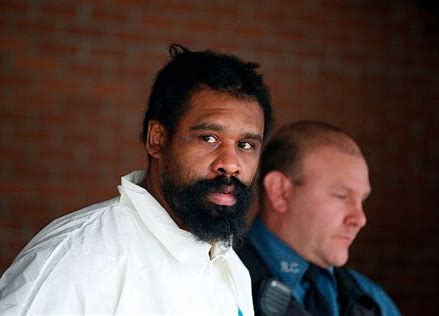 NEW YORK (VINnews) — Grafton Thomas, the man who attacked 5 men with a Machete at a Monsey Chanukah party in 2019, will likely avoid jail time.

According to court documents released Wednesday, Thomas was deemed unfit for trial by a psychologist. The report was submitted by Dr. Lea Ann Preston Baecht on March 30.

“There currently is not a substantial probability that in the foreseeable future the defendant will attain the capacity to permit the proceedings to go forward,” prosecutors and Thomas’ attorneys wrote in a joint letter to the court, indicating that the results are not likely to change.

Not that Thomas would walk free however. The prosecutors and attorneys are instead recommending that he be confined to a state-run institution.

“His release would create a substantial risk of bodily injury to another person
or serious damage to property of another,” states the proposed order.

The report from Dr. Preston comes after eight months of mental health evaluations and treatment of Grafton Thomas, which the government has now deemed to have been unsuccessful.

Grafton Thomas, 38, is accused of barging into a Chanukah party at the home of Rabbi Chaim Rottenberg, where he proceeded to attack the crowd with an 18-inch machete. After he walked in, Thomas declared “no one is leaving.”

Thomas injured 5 people with the machete, ultimately killing one of them, Josef Neumann, after placing him in a coma that lasted three months.

“The government has now agreed with the position I took two days after the event — that the man is deranged. It took a long time to get here,” Sussman told the Daily News.

If Judge Cathy Seibel accepts the results of the mental health report, the criminal charges against Thomas will be dismissed, and he will instead be sent to a mental institution.