Michigan Followed By Oregon, Seeking to Make COVID 19 Mandates Permanent. How Long Before the Rest of the Left Wing Blue States do the Same. NJ, NY? 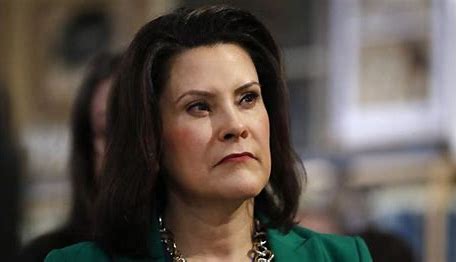 Nothing is more permanent than an “emergency” mandate.

Almost every state instituted emergency rules to deal with the COVID-19 pandemic. This included statewide mask mandates, limits on gatherings, school shutdowns, and more. Michigan has had and continues to have some of the most severe restrictions across the country.

But what makes the Great Lakes State truly unique now is that it wants to make its emergency rules for businesses permanent.

State bureaucrats are moving to impose permanent regulations that would mandate the following and more on all Michigan businesses: mask wearing whenever employees are within six feet of someone else, daily health screenings, extensive record keeping, and keeping a “COVID-19 safety coordinator” on-site. Retail stores, personal care services, and other businesses open to the public would have to become the mask police: They would be required to make all customers wear masks, vaccinated or not.

Many of these rules are based on mandates put in place last spring by Gov. Gretchen Whitmer. As such, many are based on outdated scientific knowledge about how COVID-19 spreads. For instance, employers must “increase facility cleaning and disinfection” and “prohibit workers from using other workers’ phones, desks, offices or other work tools and equipment.” These rules were dreamed up when public health experts thought the virus could easily spread via surface contact. The Centers for Disease Control and Prevention (CDC) recently said there’s a one in 10,000 chance of getting infected from touching a contaminated surface.

The rules make no accommodations for vaccinations. The word vaccine doesn’t even appear in the rules. This means that even if a movie theater or bowling alley has fully vaccinated its entire staff and is in a community with no cases, masks are mandated at all times.

Other mandates in the proposed rules may be impossible for businesses to comply with. Sports stadiums must, for instance, “establish safe exit procedures for patrons,” such as dismissing attendees by section. Would the Detroit Lions need to prevent people from individually leaving Ford Field early during a blowout loss (a common occurrence)? That may be illegal.

So how can this be? Aren’t there limits on the state’s power? Yes, but Michigan’s executive offices have fought them every step of the way.

Whitmer put in place orders last spring under a state law that requires the legislature to approve the continuation of emergency powers after 28 days. Initially, Michigan lawmakers approved their continuation for another 22 days. But even after the legislative approval expired, Whitmer continued issuing emergency orders. She claimed a 1945 law aimed at controlling local riots enabled her to maintain unilateral control over the state’s pandemic response for however long she alone determined was necessary. The Mackinac Center Legal Foundation filed a lawsuit on behalf of three medical providers who had been shut down, and a patient who had been denied care, and the Michigan Supreme Court eventually ruled that the governor had acted illegally and could not extend these emergency orders indefinitely.

Whitmer, nevertheless, maintained unilateral control. She merely switched to using a law that authorizes the director of her state health department to limit gatherings during a pandemic to reinstitute most of the mandates the Michigan Supreme Court had just invalidated. Other state departments, such as the Michigan Occupational Safety and Health Administration (MIOSHA), followed suit with their own emergency rules that mirrored the governor’s original orders.

One thought on “Michigan Followed By Oregon, Seeking to Make COVID 19 Mandates Permanent. How Long Before the Rest of the Left Wing Blue States do the Same. NJ, NY?”