Man With a Knife Arrested Near Jewish School in Marseille, France 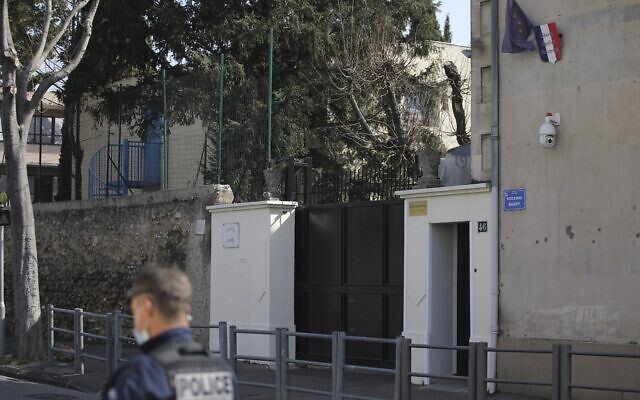 A man, brandishing a knife, tried to enter the Yavne School in Marseille, France, on Friday morning. He was overpowered by one of the security guards.

His intentions are going to have to be determined. The man was subdued and arrested, BFMTV reported, quoting the Marseille police headquarters, and confirming information from La Provençe.

It was 8:15 a.m. on Friday morning when he arrived in front of the school before trying to enter. He was turned away by the security team. He then headed, holding a knife, to a nearby kosher grocery store. It was there that he was overpowered by school security guards.

The man was taken in by the police called to the scene and taken into police custody. The students of the Yavne school were confined for a time, and no injuries were reported.

The Marseille police chief, who went to the scene, gave instructions to position a police crew in front of the Yavne school and immediately reinforce the patrol passages on the other sites of the Jewish community in the city.