Louisville Jewish Politician Who Survived an Assassination on Wednesday was ‘Traumatized Again’ by the Release of his Assailant. 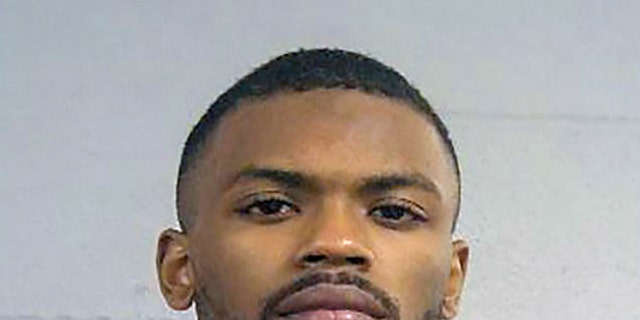 RECAP of Incident that took place on Wednesday Feb 16:

Quintez Brown, a BLM activist and erstwhile columnist for the Courier Journal, has been charged with the attempted assassination of Craig Greenberg, who is currently running in the mayoral race in Louisville. Fortunately, no one was injured in the attempt, although a bullet did graze Mr. Greenberg’s sweater.

Mr. Brown has been charged with one count of attempted murder and four counts of wanton endangerment. Bail has been set at $100,000, which the Louisville Community Bail Fund plans to pay. Mr. Greenberg, a “Jewish Democrat,” told CNN that Mr. Brown walked in on a morning campaign meeting. “We asked if we could help him. And he pulled out a gun, aimed it directly at me, and opened fire. I was fortunate that one of my brave teammates slammed the door shut. They were able to throw some desks on top of the door and the suspect fled. So, we are very blessed to be here today. All of us on the team are.”

(JTA) – The Jewish mayoral candidate in Louisville, Kentucky, who was the target of a shooting Monday said the release of the alleged gunman has left him and his family “traumatized again.”

“Our criminal justice system is clearly broken. It is nearly impossible to believe that someone can attempt murder on Monday and walk out of jail on Wednesday,” Greenberg, a Democrat, said in a statement today to local news outlets.

The suspect, 21-year-old Quintez Brown, had been an organizer with Black Lives Matter Louisville and an independent candidate for the city’s municipal council. The Louisville Community Bail Fund, an arm of the local Black Lives Matter chapter, paid the bail that secured his release, local outlets reported.

“This far-left Black Lives Matter activist and defund-the-police cheerleader walked into a Jewish Democrat’s campaign headquarters and opened fire,” McConnell told Fox News. “Less than 48 hours after this activist tried to literally murder a politician, the radical left bailed their comrade out of jail.” (McConnell’s tweet on the issue omitted the words “Jewish Democrat.”)

Police responded swiftly to the shooting Monday, in which Greenberg’s clothing was grazed by a bullet but no one was hurt.

Bail reform has been a central organizing tenet of Black Lives Matter as well as the Movement for Black Lives, a coalition that advocates for many of the group’s policy goals. The group opposes cash bail, arguing that allowing only people with access to money to leave jail while they await trial fuels racial disparities.

The mental health status of accused violent offenders has also become a topic of debate. An organizer with Black Lives Matter Louisville, Chanelle Helm, told local media that the group is seeking mental health counseling for Brown, calling him a “young man who needs support and help,” and adding, “Jails and prisons do not rehabilitate people.”

Greenberg, too, suggested that Brown should have access to mental health services. Referencing a claim by Brown’s lawyer that he had been suffering from mental illness, Greenberg’s statement continued, “If someone is struggling with a mental illness and is in custody, they should be evaluated and treated in custody. We must work together to fix this system. Sadly, like others who suffer from a broken system, my team and family have been traumatized again by this news.”

Greenberg’s statement went on to criticize “the constant threat of gun violence,” and included a call to action to “combat the root causes of crime” while also calling “to invest more in mental health resources in all of our neighborhoods and especially in our jails.”

Greenberg continued, “Mr. Brown and his family are hurting. My family and team are hurting. I pray for everyone involved in this alarming incident.”

The incident has rocketed into national consciousness over the course of the week and has been featured prominently on Fox News. During his appearance Thursday on Fox, McConnell blamed Brown’s release from jail on “the radical left,” signaling that Republicans might try to use the attempt on Greenberg’s life to stoke pre-existing fears of Black Lives Matter among party voters.

Prominent Kentucky rabbi Shlomo Litvin, co-director of Chabad of the Bluegrass in Lexington and the University of Kentucky’s Chabad-affiliated Jewish Student Center, called Brown an “antisemitic radical terrorist.”  As evidence, he pointed to social media posts in which Brown shared Black Hebrew Israelite-related ideology, retweeted someone who identified NFL owners who are Jewish as “plantation masters” and wrote “Dollar democracy?” in reference to a local endorsement of Greenberg. Brown did not explicitly say anything about Jews in any of Litvin’s examples.

For its part, BLM Louisville responded to critics on Twitter in a combative manner, while saying Brown “needed support.” In response to a suggestion that Brown’s attack had been motivated by antisemitism, the group replied, “We absolutely have no idea what the motive was. Everything at this point is speculation until legal presents more.”

Greenberg has not responded to requests for comment from the Jewish Telegraphic Agency. A call for comment to the Jewish Community Relations Council of Louisville, which has joined calls for racial justice initiated by Black Lives Matter protests, has also been unreturned.

One thought on “Louisville Jewish Politician Who Survived an Assassination on Wednesday was ‘Traumatized Again’ by the Release of his Assailant.”