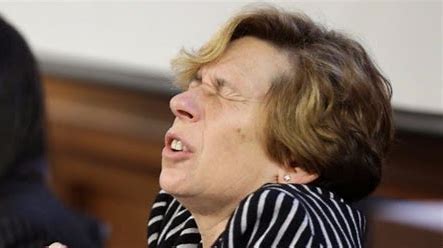 As a practicing attorney who has spent countless hours working on lawsuits intended to help re-open California schools to in-class instruction over the objections of the unions representing that state’s educators, I long ago learned to ignore the cringe-worthy pronouncements of Randi Weingarten, president of the National Federation of Teachers.

But as a practicing Jew, I can neither ignore nor tolerate the anti-Semitic comments she directed recently toward Jewish parents whose children — like millions of others throughout the nation — continue to languish at home pretending to learn while school districts and politicians dicker with unions over the terms under which teachers will do the jobs for which they’re being paid.

In a March 9 interview with the Jerusalem Post, Weingarten said:

“Jews were immigrants from somewhere else. And they needed the right to have public education. And they needed power to have enough income and wealth for their families that they could put their kids through college and their kids could do better than they have done. Both economic opportunity through the labor movement and an educational opportunity through public education were key for Jews to go from the working class to the ownership class.”

The jaw-dropping irony, of course, is that Weingarten herself is Jewish — married since 2018 to a rabbi.

Wikipedia has a long entry on the controversial phenomenon of “self-hating Jews,” but for the purposes of this discussion, there’s no reason to engage in amateur psychoanalysis. Whatever Randi Weingarten does or doesn’t think about herself or the religion she professes to follow, what matters is that she clearly has no qualms about throwing it under the bus in order to score cheap political points.

With anti-Semites, that is.

Who else would so readily buy into the tired stereotype of Jews as the sinister, unseen puppet masters whose edicts are somehow responsible for whatever calamity befalls the unfortunate and the envious?

In her eagerness to shift the blame from union leaders like those in Los Angeles, who have openly demanded concessions such as the defunding of law enforcement, housing for the homeless, and universal health coverage in return for returning to the classroom, Weingarten revived all the old prejudices by making her own people a scapegoat.

The thousands of educators who’ve stopped paying dues in the wake of the U.S. Supreme Court’s 2018 ruling in Janus v. AFSCME banning mandatory union membership and dues in the public sector already made it abundantly clear that Weingarten and her fellow teachers’ union leaders don’t speak for the rank-and-file.

Presumably, this latest glaring example of her extremism will expose an even wider chasm.

Teachers across the country who disagree with this sentiment toward any parents who want to re-open schools — Jewish or not — can join their colleagues by resigning their union membership and refusing to continue funding Randi Weingarten’s hate with their dues.

In any case, squaring all this with her conscience — assuming she has one — is her own affair. But there’s little question Weingarten’s comments render her unfit to lead the American Federation of Teachers for another minute.

If she has a shred of concern for the organization she’s led since 2008, Randi Weingarten will resign immediately.

If not, the AFT leadership and members can either remove her or forever share the stain of bigotry and ignorance.

Shella Sadovnik is a litigation counsel with the Freedom Foundation, a national nonprofit organization fighting the abuses of government unions.