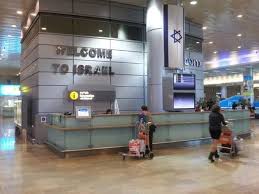 Under the current airport regulations, valid until March 20, flights could be authorized only from a limited set of cities, including New York, Paris and Frankfurt.

Starting Tuesday, flights to Israel will be allowed from all destinations. The government made the decision during a late-night meeting on Sunday. Despite effectively opening Israel to the world, the limit of 3,000 passengers entering the country per day will remain. Under the current airport regulations, valid until March 20, flights could be authorized only from a limited set of cities, including New York, Paris and Frankfurt. The change is expected to facilitate the return of Israelis abroad who wish to vote in the upcoming March 23 election.

The ministers also considered increasing the cap on daily returnees. They decided not to, due to the opposition of healthcare officials. Under the new rules, the Health Ministry retains the authority of canceling a specific flight if it is believed to endanger public health. The cabinet also voted to allow youth movements to organize outdoor day trips and approved an update to the “traffic light” program, which evaluates infection levels in cities and is used to determine whether schools can open.

Fewer than 15% of localities are still labeled as orange or red, and only in the latter do children learn remotely. Data released by the Health Ministry on Monday gave encouraging signs that the trend in Israel remains positive. The R rate, which measures how many people each coronavirus patient infects on average, continued to decline and stood at 0.76, the lowest in weeks.

Some 1,377 new cases of the novel coronavirus were reported on Sunday, about 1,000 less than the previous Sunday, the Health Ministry reported. On Sundays, the number of tests administered is consistently lower than on other weekdays, and the significance of comparing them is limited. Of those infected, 603 patients were in serious condition and 217 were on ventilators. Both numbers remained in line with the previous updates.

The death toll rose overnight on Sunday to 6,029, with 21 people passing away in 24 hours, marking a slight uptick compared with the past few days, when the most people who succumbed to the virus daily did not exceed 18.

Some 100,000 vaccination shots were administered on Sunday, similar to previous weekdays. About 5.18 million Israelis have received at least one jab of the coronavirus vaccine, including 4.25 million who have received both shots. According to Public Health Services head Dr. Sharon Alroy-Preis, the entrance of new variants into the country could put a damper on the positive trends.“ The UK variant is dominant in Israel, but the vaccine is effective against it,” she said during a press briefing. “We also have the South African variant that only constitutes 1%, but the vaccine is less effective against it.

We are afraid of new variants stronger than the vaccine entering the country from all directions, but especially through the airport.”The Health Ministry is checking the level of antibodies in those who have been vaccinated to determine when another shot would be needed, as well as whether the variants will require another vaccination campaign, Alroy-Preis said.