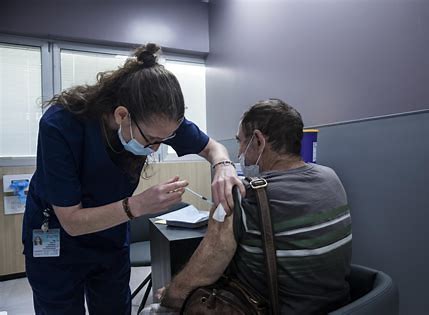 Israel has become the first country to offer its older residents a third dose of the Pfizer-BioNTech COVID-19 vaccine over concerns of the spread of the delta variant.

The country will begin Sunday offering residents who are 60-years-old and older who are five months out from their last dose the third Pfizer shot, Israeli Prime Minister Naftali Bennett announced Thursday after a committee of health officials recommended the booster 56 to 1.

“Reality proves that the vaccines are safe and that they protect people from major illness and death,” Bennett said. “Just like other vaccines that need to be renewed from time to time. Also here within several days after receiving the third jab your body receives a very strong defense.”

Bennett said his first phone call after the announcement would be to his mother to urge her to get a third dose.

The announcement comes the day after Pfizer presented new data showing that a third dose of its vaccine could be “strongly” effective against the delta variant.

Pfizer has also said it will seek approval from the U.S. Food and Drug Administration (FDA) for the third shot, but neither FDA nor the Centers for Disease Control and Prevention (CDC) have indicated they would approve a third shot for Americans.

Due to its robust inoculation campaign, Israel has 59 percent of its residents vaccinated with two shots of the COVID-19 vaccines.

Israel’s Health Ministry reported that there are currently 2,177 new cases of the virus and 15,521 total people who are infected with the virus in Israel, 151 of which are “seriously ill.”