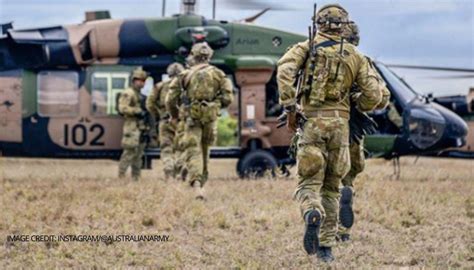 Australia is (WAS) a democratic country. This is no longer the case. We have been warning of days like is coming. America is not far behind. The Left is destroying the country and are losing control.

The troops were requested by New South Wales Police Commissioner Mick Fuller on Thursday to assist in enforcing COVID-19 lockdowns, Fuller announced in a statement. Since June, an outbreak of the delta variant has resulted in almost 3,000 infections, but only nine deaths, the BBC reported.

“With an increase in enforcement activity over the coming week, I have now made a formal request to the Prime Minister for ADF [Australian Defense Force] personnel to assist with that operation,” Fuller said in the statement.

Only 13 people have died in Australia from COVID-19 since the start of 2021, according to data from the World Health Organization. The country reported its first local COVID-19 death in 2021 earlier this month, according to Reuters.

“As I have said previously, support from the Army will add another line of defence to the NSW Government’s crackdown on COVID-19 compliance,” Minister for Police and Emergency Services David Elliot said in the statement. “This will be a functional, effective and dynamic team to fight this pandemic.

Protests against the lockdowns have been ongoing in the country for several weeks, with demonstrations in Sydney drawing thousands earlier this month. Australians will only be able to freely travel overseas when the country is 80% vaccinated, prime minister Scott Morrison announced in a press conference Friday.