Israel and the “Obama Judges” 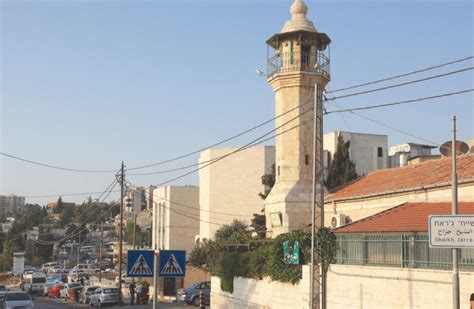 The Left Wing News Media, both in Israel and the US and Across Europe, are lying. This war has NOTHING to do with the ‘Sheikh Jarrah’ evictions’

Assuming judges act to please whoever is running the country is not based on fact, not in the US and not in Israel. Op-ed. Many critics of then-President Trump were understandably upset when he would try to explain away unfavorable court rulings by claiming they were the work of “Obama judges.” So why are many on the left now referring to the judges in the Jerusalem apartments controversy as, in effect, “Netanyahu judges”?

Again, and again, in recent days, Israel’s critics in the media and elsewhere have claimed that the present violence rocking some Israeli cities was caused by an Israeli government decision to evict Arabs from a neighborhood in Jerusalem. Typical of this criticism was a New York Times news report on May 11 which alleged that “the catalyst for the escalation was the conflict over recent Israeli efforts to remove Palestinians from strategic parts of the city.”

One obvious problem with that article was the way the Times took a dispute in a single neighborhood and turned it into an issue over multiple “strategic parts of the city.” But the bigger problem was the use of the term “Israeli efforts,” which clearly suggests an Israeli government policy—when what is really involved are local court rulings for which the government has no responsibility.

The whole problem with the term “Obama judges” was the allegation that if a judge was appointed by a particular president, then all of the judge’s subsequent decisions reflect that president’s political slant. And, of course, that’s ridiculous. While there are, undoubtedly, individual judges who allow their political opinions to influence their judgement in select situations, the sweeping assumption of political bias in every instance is just not plausible.

So, too, in the case of Jerusalem.

Over the years, numerous Israeli judges have ruled at various stages of the housing dispute which has been taking place in the Jerusalem neighborhood known to Arabs as Sheikh Jarrah and to Jews as Shimon HaTzadik (because the tomb of that revered Jewish historical figure is located there).

The Jewish owners of the property in question hold a deed that goes back to 1875, when it was first purchased from local Arabs by leading Rabbis Avraham Ashkenazi and Meir Auerbach.

They need to pretend that the Netanyahu government is carrying out some wicked policy against the Arabs, because that’s their only way to “explain” the current wave of Arab violence against Israel.
When Israel liberated eastern Jerusalem and reunited the city in the 1967 war, the property owners discovered that four Arab families were illegally residing there. The families refused to either pay rent or vacate. So, after numerous unsuccessful efforts to resolve the issue out of court, the exasperated Jewish owners finally went to court in 1982, and many times since then.

It’s a real estate dispute between private parties. It has nothing to do with the Israeli government.

The judges who have heard the case have ruled, again and again, that the tenants must either pay rent or get out. Those judges were not “Begin Judges” or “Shamir Judges” or “Rabin Judges” or “Netanyahu Judges.” Their decisions were not based on the views of whoever happened to be prime minister at the time.

The judges of the Jerusalem District Court, which has ruled on various stages of this case, are appointed through a non-political process. Israel’s politicians don’t appoint the judges, and they’re not involved in the judges’ decisions.

I understand why many liberal critics of Israel prefer to avoid acknowledging these basic facts. I get it. They need to pretend that the Netanyahu government is carrying out some wicked policy against the Arabs, because that’s their only way to “explain” the current wave of Arab violence against Israel. Acknowledging the validity of the Israeli court rulings ruins the whole leftwing blame-Israel narrative. But facts are facts.

Stephen M. Flatow is a vice president of the Religious Zionists of America, an attorney in New Jersey and the father of Alisa Flatow, who was murdered in an Iranian-sponsored Palestinian terrorist attack in 1995. He is the author of “A Father’s Story: My Fight for Justice Against Iranian Terror.”

2 thoughts on “Israel and the “Obama Judges””