In The Wake Of Anti-Semitic Assaults, Democrats Call Out Islamophobia 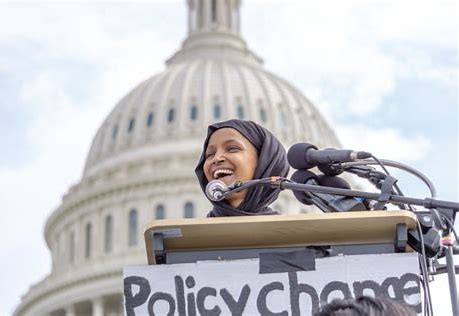 Following a wave of assaults on visibly Jewish people in major American cities, progressive Democrats declared that they opposed anti-Semitism, and also, Islamophobia.

Their comments were in response to a series of anti-Semitic attacks. The Department of Justice (DOJ) charged a Brooklyn man on May 22 after he allegedly set a yeshiva and synagogue on fire on May 19. He also assaulted a Hasidic man, the DOJ alleged. A Jewish man was beaten in Times Square by pro-Palestinian activists on May 20, while other activists threw fireworks at Jews in the Diamond District.

Despite the rampant condemnations of Islamophobia, the New York Police Department reported only one anti-Muslim hate crime during the first three months of 2021.

In the last two weeks of May, however, the Anti-Defamation League reported a 75% increase in anti-Semitic hate crimes.

“This conflation of anti-Semitism with Islamophobia is more malevolent than it appears,” former Democratic New York State Assemblyman Dov Hikind wrote in National Review. “For not only do those attempting this rhetorical trick wish to avoid pointing fingers at anyone who can’t be called a white supremacist. Their goal is also to deny outright that there is a particularly hateful strain of anti-Jewish ideology in pro-Palestinian advocacy.

“The same representatives who get angry when they hear ‘but All Lives Matter’ in response to Black Lives Matter are essentially telling us all that Jewish lives don’t.”

Four congressional Democrats explicitly called out progressive members of their party for “accusing Israel of being an ‘apartheid state’ and committing ‘act[s] of terrorism,” which they described as “anti-Semitic at their core,” in a letter to President Joe Biden.

Biden later described the attacks as “despicable” in a May 24 tweet. “I condemn this hateful behavior at home and abroad — it’s up to all of us to give hate no safe harbor,” he said.

Some critics claimed that he took too long to speak out, however. Biden’s previous silence was “disappointing and a missed opportunity,” John Hannah, senior fellow at the Jewish Institute for National Security of America and former security adviser to former Vice President Dick Cheney, told the Daily Caller at the time.

“Anti-Semitism is too dangerous to be politicized,” Senior Research Analyst Sean Durns of the Committee for Accuracy in Middle East Reporting and Analysis (CAMERA) told the Daily Caller. “It’s incumbent for press and politicians alike to call it out irrespective of who is perpetrating it.”