If You Are Using AT&T Services, Know What Kind of Company They Have Turned Into: AT&T Hates White People and Hates America As Evidenced by New “Woke” Racial Re-Education Program Employees Forced To Endure 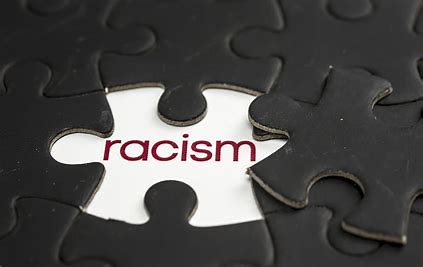 (JD Heyes)
Another ostensibly ‘American’ corporation is taking aim at its white employees with a program aimed at making them feel ashamed and guilty simply because of their skin color — a program that would land every one of the company’s executives in court if they directed it towards employees of color.

The program was discovered by renowned critical race theory researcher and whistleblower Christopher Rufo, who wrote about his findings in a piece for City Journal, a publication of the Manhattan Institute:

AT&T Corporation has created a racial reeducation program that promotes the idea that “American racism is a uniquely white trait” and boosts left-wing causes such as “reparations,” “defund police,” and “trans activism.”

I have obtained a cache of internal documents about the company’s initiative, called Listen Understand Act, which is based on the core principles of critical race theory, including “intersectionality,” “systemic racism,” “white privilege,” and “white fragility.” CEO John Stankey launched the program last year and, subsequently, has told employees that private corporations such as AT&T have an “obligation to engage on this issue of racial injustice” and push for “systemic reforms in police departments across the country.”

A senior AT&T employee who spoke to Rufo on the condition of anonymity said that managers at the telecom giant are assessed annually now on so-called ‘diversity’ issues and they must take part in mandatory programs to include book clubs, discussion groups, race reeducation exercises and discussion groups.

White employees, said the senior staffer, are more or less required to confess to being complicit in “white privilege” as well as “systemic racism” or they’ll be penalized in performance reviews (again — just imagine if these programs were required of black, brown, or Asian workers; senior AT&T executives would already be subjected to lawsuits and federal prosecutions).

As part of the program, company employees are pressed to sign a document pledging they will “keep pushing for change,” as “intentions” such as “reading more about systemic racism” and “challenging others’ language that is hateful.”

“If you don’t do it,” according to the senior AT&T employee, “you’re [considered] a racist.”

Rufo noted that the cowards at the telecom giant would not respond to a request for comment.

On page one of AT&T’s Listen Understand Act internal portal, the telecom pushes white workers to study a curriculum called “White America, if you want to know who’s responsible for racism, look in the mirror.” The resource claims, of course, that the U.S. is a “racist society” and clearly lays out that thesis: “White people, you are the problem. Regardless of how much you say you detest racism, you are the sole reason it has flourished for centuries.”

Dahleen Glanton, the author, states that “American racism is a uniquely white trait” and that “Black people cannot be racist.” In addition, Glanton states, incredibly, that white women “have been telling lies on black men since they were first brought to America in chains.” They, along with white males, “enjoy the opportunities and privileges that white supremacy affords [them].”

In the “Act” section of the training program, AT&T encourages employees to participate in a “21-Day Racial Equity Habit Challenge” that relies on the concepts of “whiteness,” “white privilege,” and “white supremacy.” The program instructs AT&T employees to “do one action [per day for 21 days] to further [their] understanding of power, privilege, supremacy, oppression, and equity.” The challenge begins with a series of lessons on “whiteness,” which claims, among other things, that “white supremacy [is] baked into our country’s foundation,” that “Whiteness is one of the biggest and most long-running scams ever perpetrated,” and that the “weaponization of whiteness” creates a “constant barrage of harm” for minorities.

Natural News reported in March that merely questioning woke corporate pabulum is very often grounds for being fired from your job — again, another blatant violation of civil rights statutes that, interestingly, white lawmakers were primarily responsible for passing in the mid-1960s.

This garbage is pure poison for a multicultural society like America, which is why it is being introduced everywhere by the militant left: They want to tear down America as founded.

2 thoughts on “If You Are Using AT&T Services, Know What Kind of Company They Have Turned Into: AT&T Hates White People and Hates America As Evidenced by New “Woke” Racial Re-Education Program Employees Forced To Endure”