If Jack Ciattarelli Isn’t Worried About Losing Tuesday’s Primary Election, A New Poll Says He Should Be 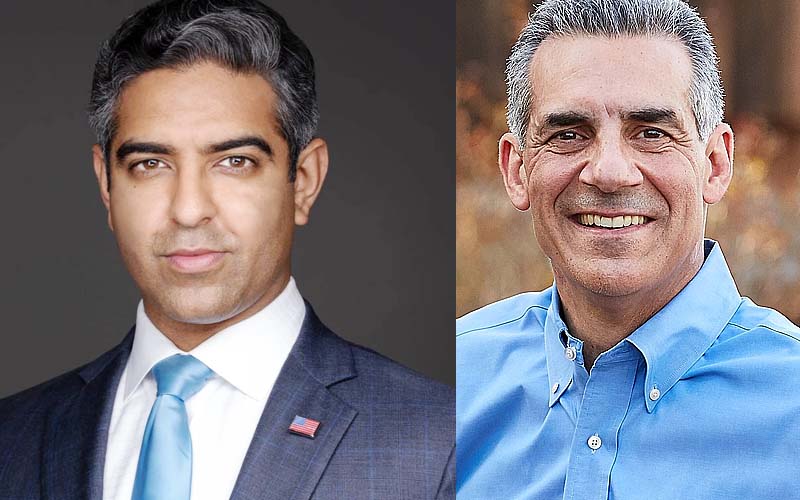 TRENTON, NJ – New Jersey gubernatorial candidate Jack Ciattarelli, representing the Republican establishment of the state has been spending a fortune in public funds trying to discredit his opponent, Hirsh Singh, but a new poll by Public Policy Polling shows it isn’t working.

Ciattarelli has loaded up on internet ads, attack mailers and commercials every break on Fox News, but he isn’t moving the needle against Hirsh Singh, no matter what lies he and campaign consultant Chris Russell imagine up for the viewers.

If the lack of success in spending $4,000,000 in public taxpayer funds to defeat Singh isn’t concerning to the Ciattarelli camp, a new poll by Public Policy Polling, paid for by the Democrat Governor’s Association should be.

According to that poll, “Jack” as he is known on lawn signs and television commercials is leading Hirsh Singh by 6%…with 38% of the voters still undecided. Casting a larger cloud for Ciattarelli who has the establishment (Trenton Swamp) party line in all 21 counties is that 81% of New Jersey GOP primary voters feel it is important that the next Republican candidate for Governor embraces Donald Trump and the Trump agenda.

Jack does not. In 2016, Ciattarelli called Trump a “Charlatan” who was “Unfit to be president”. It’s the main reason why President Trump has yet to endorse Ciattarelli, the GOP candidate. Trump doesn’t forget and he holds grudges.

If that wasn’t bad enough, Ciattarelli said Trump was an embarrassment to the United States and when he had a chance to redeem himself in last week’s NJ 101.5 public debate, Jack created distance between himself and the President. When asked point black, “Do you support Trump?” Jack replied, “I support Trump’s policy.”

He doubled down on his personal disdain for the former President.

To throw wood on the fire, Jack looked New Jersey voters in the eye and said, “Joe Biden is our president, he won the election.

It turns out, 71% of primary voters polled by PPP said they do not believe Joe Biden was legitimately elected President. In response to the dismal performance in the poll, Ciattarelli ramped up his baseless attacks against his opponents, conservatives Hirsh Singh and Phil Rizzo. Rizzo’s camp over the past two weeks has been eating into Ciattarelli’s base as his campaign has finally decided to let voters know who he is. The rise of Rizzo could bode well for longtime Trump loyalist Hirsh Singh who has built a loyal base over the past few years and few, if any are leaving the Singh camp this late in the game. Rizzo’s increase in popularity could be the last minute push Singh needs to win a race that seemed unwinnable just one month ago.

With 87% of primary voters saying they have a favorable view of former President Trump, the writing on the wall doesn’t look good for Ciattarelli who Singh has effectively and rightfully branded as a “Never Trumper”. Ciattarelli does not believe in Trump and was even urged the GOP to move on without the former President after his 2020 ‘stolen’ election to Joe Biden.

Only 17% of Republican voters agreed in the poll with Ciattarelli who adamantly declared, “Joe Biden is our President.”

Here’s the DGA’s take on the poll:

A new PPP poll commissioned by the DGA shows a tight race in the New Jersey GOP primary. Jack Ciattarelli holds a narrow six-point lead over Hirsh Singh in what has turned into a messy name-calling brawl. Full toplines of the poll can be viewed here.

The poll shows that former President Donald Trump maintains a tight hold on the New Jersey GOP base. 81% of likely Republican primary voters want a candidate who embraces Trump’s agenda, and 87% hold a favorable view of the former president.

Trump’s grip is also evident through the widespread strength of conspiracy theories among the base. In the Garden State, 73% of Republican likely voters believe that the January 6 insurrection was a false flag operation organized by groups opposed to Trump. 71% percent don’t believe Joe Biden was the legitimate winner of the 2020 presidential election and 69% say that the coronavirus pandemic was exaggerated by liberals seeking to undermine Trump’s presidency.

This dynamic has dictated the course of the primary. Singh has unapologetically tied himself to the former president while Ciattarelli is embracing Trump as the “standard-bearer” of the party and adopting his far-right approach to campaigning.

Singh has a higher favorability of 35%-18% — exceeding Ciattarelli, who is at 30%-15%. But Ciattarelli is desperate to claw his way back into the race, spending over $2 million on TV ads.

Micah Rasmussen, director of the Rebovich Institute of New Jersey Politics at Rider University, says Ciatarelli’s campaign “must be seeing the same numbers, which show a generic MAGA approach is a viable strategy for a GOP primary anywhere in the country.”

“The latest PPP poll shows how deeply entrenched the conspiracy theories surrounding COVID, the 2020 election, and January 6 are in the New Jersey GOP primary electorate,” said DGA Senior Communications Advisor Christina Amestoy. “These numbers prove that the race is a litmus test for Trumpism. Any candidate who criticizes the former president or denounces extremism will be doomed by the far-right base. Regardless of who wins, the GOP nominee will be forced to continue catering to Trump’s voters.”

2 thoughts on “If Jack Ciattarelli Isn’t Worried About Losing Tuesday’s Primary Election, A New Poll Says He Should Be”