Here’s the Gaza War Coverage you can Expect 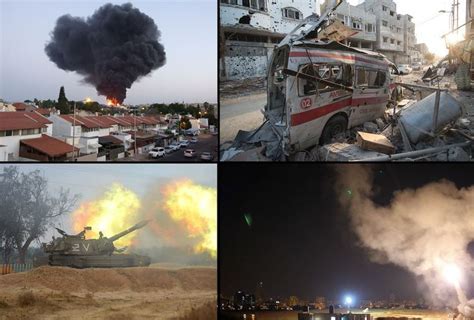 That the other side started it and that they turn their civilians into human shields will hardly ever be mentioned. Op-ed. Here’s the coverage you can expect as the Guardian of the Wall war continues:

Foremost, the media will report on “the children” who were killed… never mind that those children are used by Hamas as fodder and human shields.

In The New York Times, CNN and the BBC, there will be a picture of an elderly Gaza woman weeping in front of a home that was ostensibly destroyed by the Israelis.

They won’t tell you that more than half the time, Hamas misfires, accidentally and on purpose, in order to get the picture…or that the picture was professionally staged.

Former Israeli press office secretary Daniel Seaman has already fully explained how the media and the Jihadists cooperate and coordinate.

They will provide a Hamas/PA spokesperson to rant about the “disproportionate” Israeli response.

The reporter, for CBS, NBC, ABC, NPR, PBS, through ignorance or through prejudice, will make no attempt to square the story towards Israel’s right to defend itself against an unprovoked attack — starting with Fatah riots in and around Jerusalem, arson, acts of random assaults against civilian Jews anywhere and everywhere, followed by thousands of Hamas rockets fired from Gaza.

Nor will any reporter ask…why? What did Israel do to deserve this? The answer is that the Israelis can do nothing to satisfy the Palestinian Arabs.
That the other side started it will hardly ever be mentioned.

Nor will any reporter ask…why? What did Israel do to deserve this?

The answer is that the Israelis can do nothing to satisfy the Palestinian Arabs.

This war, like all their other wars, goes forward with one purpose in mind, the total annihilation of the Jewish People.

In a word – genocide.

Khartoum’s Three No’s still motivate them (following their defeat in 1967) – no peace with Israel, no recognition of Israel, no negotiations with Israel.

Nikki Haley is gone from the UN Security Council. “We’ll be taking names,” she said, of any country that noisily objects to Trump’s decision to move the US Embassy to Jerusalem.

Expect nothing so direct from Biden’s UN ambassador, Linda Thomas-Greenfield, who, by the way, supports Critical Race Theory, and believes that America is inherently racist.

Expect her to feel the same way about Israel. At best, she will adapt moral equivalency and demand an end of hostilities from “both sides.”

Don’t expect the media to remember that only last week or so, her boss delivered $250 million to Mahmoud Abbas of the PA/Fatah/PLO.

How many deadly rockets did that buy for Hamas…now landing in Tel Aviv?

Expect UN Secretary General Antonio Guterres to insist on an immediate ceasefire, and a continued “peace process” toward a “two-state solution.”

In fact, he has already done so, forgetting that Gaza was handed over to the Palestinian Arabs to be a model for a two-state solution…but Hamas is what you get.

You also get the terrorist group Islamic Jihad, plus the terrorist regime of Iran, which supplies the newly sophisticated long-range weapons.

Let them explain where the money goes…the billions from around the world each year…for better roads, better schools and better hospitals?

Or does the money go for better rockets… stockpiled to the hilt and stuffed to the gills.

How many tunnels do they build instead of libraries?

Expect Leftist professional Jew-haters like Trevor Noah and Mark Ruffalo and Roger Waters to decry this as an unfair fight due to Israel’s superior might, as if Marquis of Queensberry rules apply when for Israel what’s at stake is life or death. The gloves are off when Hamas terrorists are merely the shock troops for Iran.

Expect the networks to play up AOC and her squad of terrorism loyalists, Tlaib and Omar and Pressley — unintentionally showcasing the Democrats as a Party of anti-Semites.

In a New York Minute, urged on by AOC, leading mayoral candidate for NYC, Andrew Yang, a Democrat, flipped from Israel friend to Israel foe.

Expect no one to come to Israel’s aid except the mighty IDF.