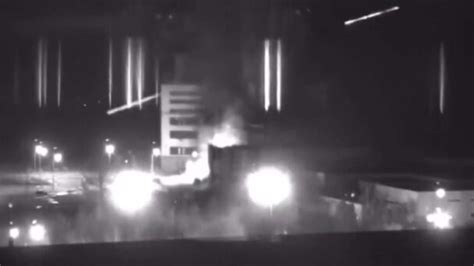 On Friday, the U.S. embassy in Kyiv tweeted that Russia’s shelling of a nuclear plant is a war crime. Fortunately, contrary to initial reports released during the fog of war, no reactors were hit during the attack and authorities stated that there was ultimately no risk of a radiation leak.

What are the details?

Following an attack, Russia began occupying the Zaporizhzhia nuclear power plant in Enerhodar, Ukraine, and according to a report from CNN, management at the Zaporizhzhia is “now working at gunpoint.”

CNN on Saturday aired disturbing footage taken from inside the plant.

CNN “New Day Weekend” co-anchor John Berman cued the video, telling viewers, “We have new video from inside a nuclear power plant as it was under fire from the Russians, we told you about the fire at the Zaporizhzhia nuclear power plant that broke out after this Russian attack. This is now a look inside the plant as those shots were being fired, employees using a public address system to try to stop the Russian troops.”

In the video, employees could be heard begging, “Stop shooting! You are endangering the security of the entire world!”

Berman in the segment added that Russian troops are commencing an advance on Yuzhnoukrainsk Nuclear Power Station in Mykolaiv Oblast.

Kotin added that if the nuclear facility happened to be hit by shelling, it would surely lead to nuclear disaster.