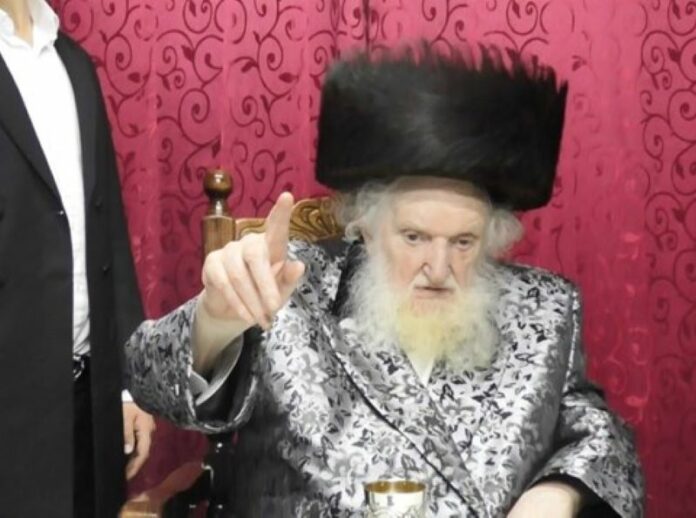 HaGaon HaRav Moshe Shternbuch spoke about the Surfside disaster during his weekly shiur on Thursday.

“We heard about the great tragedy that happened last week in Miami, in which many were killed, including Jews, r’l,” HaRav Shternbuch said. “Recently Hakadosh Baruch Hu is shaking up the whole world, first with the coronavirus which struck the whole world, and afterward in Meron, which is a central place for Beis Yisrael, and afterward, with more blows in Eretz Yisrael and America, and many are asking why Hashem is doing this to us.”

“We need to view all this as a type of ‘Bas Kol’ from Shamayim, calling to us that we shouldn’t depend on nature but only on Hakadosh Baruch Hu, Who rules the whole world, and His koach and gevurah fills the world -‘where can I flee from You?’ And we have no eitzah except Hashem Yisbarach, Who controls everything. Without His hashgacha over the whole world at every moment, the world would revert to nothingness.”

“It has been transmitted to us by Rabboseinu that before the coming of Moshiach, when the time comes that Hashem wants to redeem us, He’ll prove to us that we can’t obtain a yeshua through natural means. Hakadosh Baruch doesn’t send His yeshua to Yisrael until we recognize that the yeshua is dependent only on Him. Therefore Hashem is wreaking terrible disasters in Eretz Yisrael and Chutz L’Eretz to show us that we have no hope according to derech hateva and we’re forced to trust in Him.”

“And this is our obligation. If we think that we can be saved through darchei hateva, then more gezeiros, chas v’chalilah, will continue to occur, gezeirah after gezeirah. And only when we accept on ourselves with emunah sheleimah that the yeshua will come only from Hakadosh Baruch Hu, then Hashem will protect us and save us.”