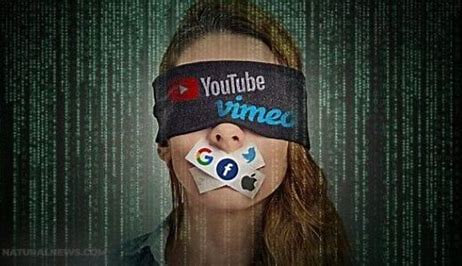 Just when you think that the censorship in the land of the illusion of freedom can’t get any worse, Google announces they will censor a whole new crop of thought. Google and YouTube will no longer allow any ads with content pushing “climate change denial,” saying it “contradicts scientific consensus.”

Silencing dissent has never once proved the dissenters wrong.

Many are upset, however, others have suggested simply moving their content to platforms that are open to ideas and offer the free exchange of them.

The Big Tech giant announced the move in a Thursday blog post. The company is updating its policies on ads and monetization in order to “ensure a brand-safe environment” for advertisers, and to “protect users” from “unreliable claims” as well as “fake medical cures or anti-vaccine advocacy.”

“Our advertising and publisher partners … have expressed concerns about ads that run alongside or promote inaccurate claims about climate change,” it said, noting that this is not only bad for business but impacts content creators as well.  That’s why today, we’re announcing a new monetization policy for Google advertisers, publishers, and YouTube creators that will prohibit ads for, and monetization of, content that contradicts well-established scientific consensus around the existence and causes of climate change.”

While the company did not offer a detailed definition of the proscribed content, it cited a few examples, including posts that deem climate change “a hoax or a scam,” as well as “claims denying that long-term trends show the global climate is warming, and claims denying that greenhouse gas emissions or human activity contribute to climate change.” –RT

Google added that even though YouTube’s algorithmic decision-making system is not exactly known for its high degree of accuracy, resulting in numerous bans by “mistake” over the years, they still intend to censor people who don’t go along with the official narrative.

Google and YouTube’s updated ad policies come just one month after the latter platform declared it would censor anyone who doesn’t bow down to their master and willingly take the “vaccine.” All “harmful vaccine content” (or, anything the ruling class doesn’t want you to know about) is to be censored. The move was part of a broader push against so-called misinformation and has supercharged an internet-wide censorship campaign.

Has that illusion of freedom finally dropped yet, folk? If you somehow thought you were “free” before COVID, you’d better think again. If there’s a ruling class of any kind (the sheep like to call it “government” because it sounds better to them) you are not free. Let’s evolve beyond the need to be slaves and be our own masters. Until we open our eyes and face this illusion, we are destined to stay enslaved to anyone who claims they are now our overlord.

“When you tear out a man’s tongue, you are not proving him a liar, you’re only telling the world that you fear what he might say.” -George R.R. Martin