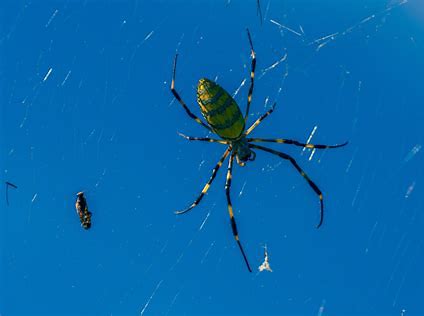 An invasive species of spider the size of a child’s hand is expected to “colonize” the entire East Coast this spring by parachuting down from the sky, researchers at the University of Georgia announced last week.

Why it matters: Large Joro spiders — millions of them — are expected to begin “ballooning” up and down the East Coast as early as May. Researchers have determined that the spiders can tolerate cold weather, but are harmless to humans as their fangs are too small to break human skin.

Threat level: Andy Davis, author of the study and a researcher at Georgia’s Odum School of Ecology, tells Axios that it isn’t certain how far north the spiders will travel, but they may make it as far north as D.C. or even Delaware.

Other terrifying things to know about the Joro spider:

Our thought bubble: Researchers say there’s nothing we can do. They’re coming and they’re harmless. I say let’s pool our resources now and build a dome around Georgia and keep them there.