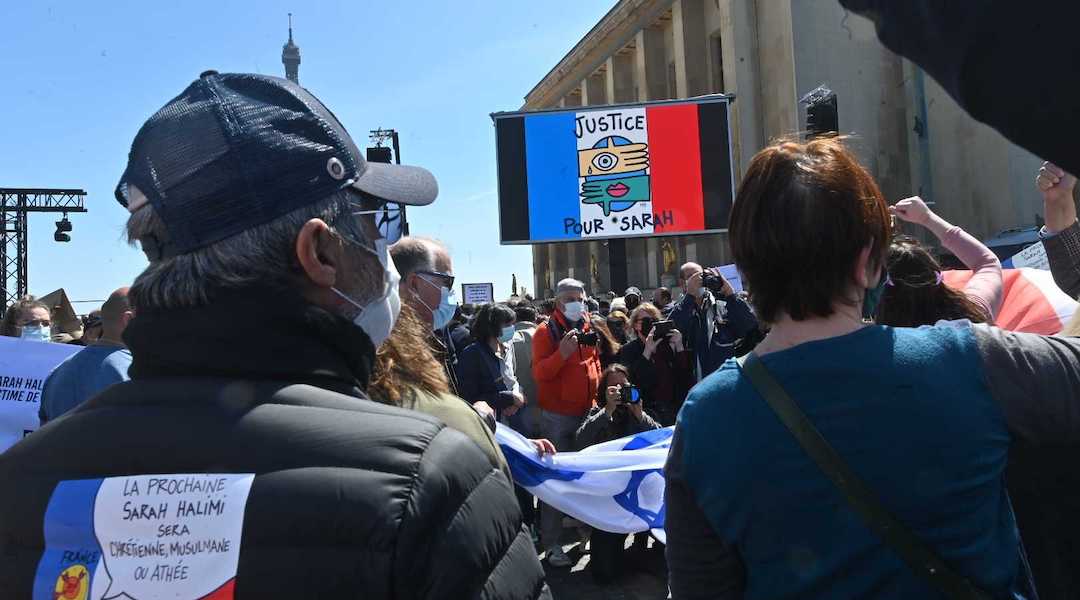 (JTA) — Outraged by a high court’s ruling in the Sarah Halimi affair, a French-Jewish judge has quit his post.

“I decided to resign over the ruling, which at first I couldn’t believe,” Jack Broda of the Tribunal of Commerce of Nancy, in eastern France, told Le Figaro. “My resignation was accepted and regretted.”

On April 14, France’s highest court determined that Kobili Traore, a 31-year-old Muslim man, was not criminally liable for his actions on April 7, 2017, when he killed his neighbor Halimi, a 65-year-old Jewish kindergarten teacher and physician.

The court affirmed rulings by lower tribunals that Traore was not criminally liable for killing Halimi because he was having a psychotic episode induced by his consumption of a large amount of marijuana shortly before the killing.

Traore broke into Halimi’s apartment and pummeled her for about 30 minutes. The devout Muslim shouted about Allah and cried out “I’ve killed the demon of the neighborhood,” witnesses said.

Then he threw Halimi’s body out the window of her third-story apartment and shouted “A lady has fallen down!” before leaving the premises, witnesses also said.

The Paris Appeals Court had determined that Traore acted out of antisemitism.

On Sunday, more than 20,000 protesters, many of them Jews, demonstrated in Paris against the ruling and demanded a trial for Traore, who is at a psychiatric hospital.