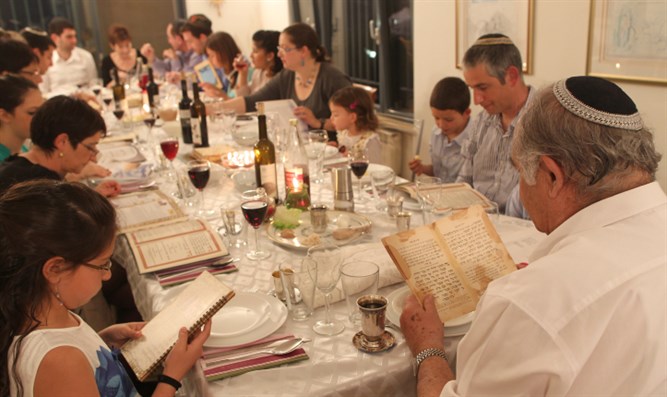 Senior Health Ministry officials say restrictions on public activity during Passover night are a certainty, question is only which limits.

Israel will impose some form of restrictions on public activity during the night of the Passover Seder, senior health officials said Sunday night.

According to a report by Channel 13, senior Health Ministry officials said Israel would ‘definitely’ impose at least some limits on public activity during the first night of the Passover festival, which begins later this month, but said it remains unclear precisely what kinds of restrictions will be imposed.

Ministry officials on Sunday held the first meeting to address the issue, discussing which restrictions to impose.

The sources cited by the report said that the chances of a full lockdown being imposed are low.

Instead, the officials on Sunday suggested lowering the number of people allowed to gather together.

Sunday’s meeting also focused on the issue of unvaccinated children during mass gatherings on the holiday. Currently, children under the age of 16 are unable to receive the COVID vaccination, except in special cases approved by a medical committee.

The deliberations on Passover night restrictions will continue through this week and next week, the report said.

Earlier on Sunday, Tomer Lotan, chief of the Magen Yisrael team, said in an interview with Arutz Sheva that there are currently no plans to impose a lockdown during Passover, while emphasizing that the final decision would depend on the trends in the infection rate and numbers of seriously ill patients in the next week to 10 days.

“I’m asked quite often about that and I must say that one of the things I took from last year is the need to be cautious about making promises. I think that as long as the present trend of stability in the number of seriously ill patients and daily infections remains, then we’ll be able to celebrate Passover in a much better way that during last year.”

“On the other hand, you could say that the next two weeks will be very critical in determining how we answer that question. We will see in the next few days the effect of Purim, and in ten days we will see the effect of the third stage of the reopening of the economy. So the closer we get to Passover, the better we’ll be able to see where we stand.”