For Months, The Government, NIH Denied any Connection with the Wuhan Lab in China: Now they have Admitted it. 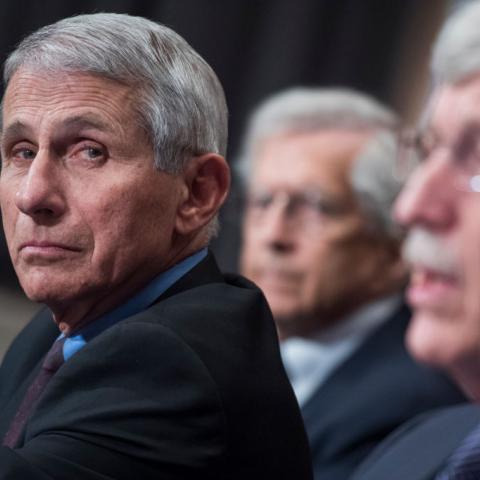 Investigations by numerous Journalists and prominent members of the scientific community whom have long discovered documentary proof of the Governments involvement with the Wuhan Lab in China, which has been vehemently DENIED by the US Government, have now forced the Government to admit that the NIH (National Institute of Health) has infact partnered with the Chinese Government to do “Gain of Function” experimentation which has led to the explosion of the COVID 19 virus, responsible for Millions of deaths around the world.

Former head of the the NIH, Frank Collins, resigned two weeks ago. Truth seeking Journalists around the country, who have been unwilling to be a propaganda shill for the current left wing administration, speculated upon the resignation of Mr. Collins as a sign that “something is about to ‘hit the fan'” have been vindicated.

Anthony Fauci who is the Director of the NIAID, a division of the NIH will most like come under greater scrutiny for having protected the lie about the Wuhan Labs’ involvement with the NIH.

Both officials have denied approving grants for such research through the EcoHealth Alliance and Wuhan Institute of Virology, but a letter Wednesday from NIH Principal Deputy Director Lawrence Tabak to House Oversight Committee ranking Republican James Comer describes an unforeseen experimental result that calls the denials into question.

The letter shows that “NIH — and specifically, Collins, Fauci, and Tabak — lied to Congress, lied to the press, and lied to the public,” Richard Ebright, lab director at Rutgers University’s Waskman Institute of Microbiology, tweeted Wednesday night when sharing the letter. “Knowingly. Willfully. Brazenly.”

2 thoughts on “For Months, The Government, NIH Denied any Connection with the Wuhan Lab in China: Now they have Admitted it.”