FOLLOW UP: DC Librarian Who Made Children Reenact Holocaust Is a Failed Dem Candidate, Convicted Fraudster, and Animal Abuser 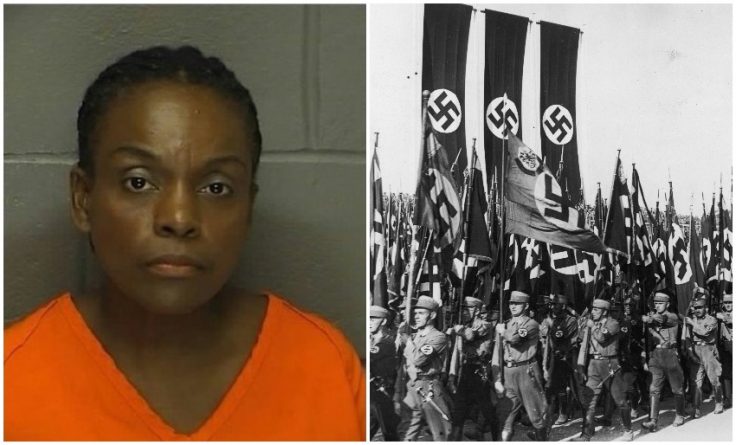 The Washington, D.C., public school librarian who made third graders reenact graphic scenes from the Holocaust is a Democrat who claims she ran for office in New Jersey, where she was convicted of defrauding the state through a tutoring scam and charged with several counts of animal abuse.

Kimberlynn Jurkowski was placed on leave this week after parents complained to Watkins Elementary School that she made students role-play the Holocaust, assigning students to be Jews and pretend to die in gas chambers and dig mass graves, according to the Washington Post. One student was assigned to be Adolf Hitler, who carried out the Holocaust, Jurkowski told the students, “because the Jews ruined Christmas.” A Washington Free Beacon investigation found that Jurkowski was hired by the D.C. public school after a scandalous tenure as a librarian in New Jersey, where she ran in 2010 for a local school board as a Democrat, according to an image posted to her Twitter account.

There is no record of Jurkowski serving on the school board for Hamilton Township in Atlantic County, where she says she ran for office. There is record, however, of New Jersey catching Jurkowski bilking taxpayers out of approximately $24,000 through a program designed to help the children of the state’s educators. The Hamilton Township district paid for Jurkowski’s two children to receive tutoring—but she continued to bill the district for reimbursements once the tutoring stopped. She was convicted of fraud and forced to forfeit her librarian job, according to court records.

Jurkowski’s legal problems continued in 2019 when she faced four charges of animal cruelty for leaving her dogs out in the cold. According to coverage at the time from Pet Rescue Report, Jurkowski left five dogs behind to survive frigid temperatures in a dilapidated environment. Body camera footage from police officers called to the site shows “the entire property was completely run down,” with “dogs in pens with sheets of plywood leaning against a fence to act as shelter.”

One of the dogs, an older Rottweiler named Poseidon, could barely walk, and was found dead and frozen solid to the ground in one of the pens. The dog’s death prompted animal rights activists to launch a #JusticeForPoseidon campaign.

The principal of Watkins Elementary School, Scott Berkowitz, did not return a request for comment on Jurkowski. D.C. Public Schools did not respond to multiple requests for comment, including about whether it was familiar with Jurkowski’s criminal record prior to hiring her.

Since working in D.C. Public Schools, Jurkowski has struck an ultra-partisan combative tone online. Her Twitter account is filled with retweets of calls to abolish the police and defend Palestinian terrorism. One Al Jazeera post she shared claims that a Palestinian terrorist named Ahmad Erekat was killed by Israeli police but fails to mention that he was shot after ramming his car into Israelis.

Watkins Elementary School is located just outside a city ward represented by a Democratic lawmaker who claimed that Jews control the weather.

3 thoughts on “FOLLOW UP: DC Librarian Who Made Children Reenact Holocaust Is a Failed Dem Candidate, Convicted Fraudster, and Animal Abuser”