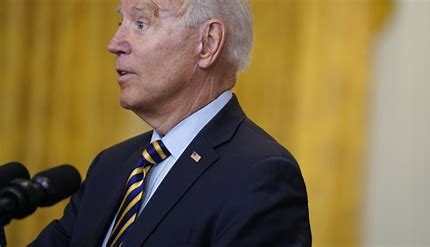 Last week, the director of Joe Biden’s National Economic Council, Brian Deese, tried to play down the rising inflation which is hitting people right in their pocketbooks.

According to Deese, if we just forgot about the price of meat, the beef, pork and poultry — you know, those things that Americans eat — then everything would be pretty much normal.

Alrighty, now. Yes, if you just forget about eating, then there really is no problem, right?

The Biden folks have such gall. But they’re arguing that all this is just “transitory.”

In July, President Biden downplayed inflation while pitching his multi-trillion-dollar Build Back Better plan, stating, “We also know that as our economy has come roaring back, we’ve seen some price increases. Some folks have raised worries that this could be a sign of persistent inflation. But that’s not our view. Our experts believe and the data shows that most of the price increases we’ve seen are — were expected and expected to be temporary.”

Biden added, “My Build Back Better plan will be a force for achieving lower prices for Americans looking ahead … These steps will enhance our productivity — raising wages without raising prices. That won’t increase inflation. It will take the pressure off of inflation … So, if your primary concern right now is inflation, you should be even more enthusiastic about this plan.”

On the contrary, we have a lot to be concerned about. Because this is all before a lot of the more harmful aspects of Biden’s policies take effect. And before his gigantic spending bills are passed (if they are passed). Unfortunately, once all that kicks in, it will be even worse.

Now the Federal Reserve is blowing that Biden claim about it all being transitory right out of the water with a survey they just released.

On Sept. 10, the Bureau of Labor Statistics released its Producer Price Indexes report for Aug. 2021. It showed “the largest advance since 12-month data were first calculated in November 2010.”

Moreover, “The Producer Price Index for final demand increased 0.7% in August, seasonally adjusted… On an unadjusted basis, the final demand index rose 8.3% for the 12 months ended in August.”

Even worse, “For the 12 months ended in August, the index for processed goods for intermediate demand climbed 23.0%, the largest 12-month increase since jumping 23.6% in February 1975.”

So, all those increases will be passed onto the consumers, on top of what we’re already seeing — which indicates this is not transitory at all.