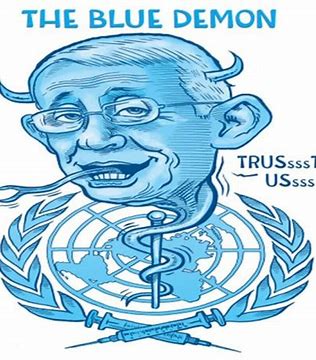 The Mayo Clinic and Cambridge-based biotech company nference, found in the study that both mRNA COVID-19 vaccines’ effectiveness dropped in the month of July. The researchers, while saying the vaccines provided good protection against the virus, found that Moderna’s vaccine effectiveness was 76 percent, as compared with Pfizer’s 42 percent.

“That study … is a pre-print study, it hasn’t been fully peer-reviewed,” Fauci said on CBS’s “Face the Nation” of the recent Mayo-nference study’s findings, which was published on the website medRxiv.org. The study gathered data from about 25,000 Minnesota residents from January and July.

“I don’t doubt what they’re seeing, but there are a lot of confounding variables in there, about when one was started, the relative amount of people in that cohort who were Delta versus Alpha,” he said, referring to two COVID-19 variants. He didn’t elaborate.

Both the Moderna and Pfizer vaccine should be used as booster shots, he said.

“Right now, if we get boosters … it’s clear we want to make sure we get people, if possible, to get the boost from the original vaccine,” Fauci said.

Fauci has been the head of the National Institute of Allergy and Infectious Diseases since 1984 and has become one of the federal government’s public faces in its messaging about COVID-19. In the interview, Fauci also said he hopes the Food and Drug Administration (FDA) fully authorizes the vaccines.

COVID-19 is the illness caused by the CCP (Chinese Communist Party) virus.

The Mayo Clinic didn’t respond to a request for comment on Fauci’s remarks by press time.

Mayo Clinic and nference researchers examined records to determine the vaccines’ efficacy; the scientists noted that the study hadn’t been peer-reviewed.

Despite their findings, the researchers touted the effectiveness of the mRNA vaccines, saying that they “strongly protect” against COVID-19 and “severe disease.”

“Larger studies with more diverse populations are warranted to guide critical pending public and global health decisions, such as the optimal timing for booster doses and which vaccines should be administered to individuals who have not yet received one dose,” they wrote.

When reached for comment, Pfizer previously told The Epoch Times that it and partner BioNTech are “driven by science to discover the best approaches” to combat the virus. Moderna didn’t respond to a request for comment by press time.

Days ago, the Centers for Disease Control and Prevention (CDC) approved booster shots of the two mRNA vaccines for people with compromised immune systems. The decision doesn’t apply to the Johnson & Johnson vaccine, which uses different technology and requires only one dose.