Echoes of the Nuremberg Laws 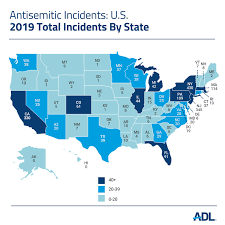 The Nuremberg Laws (German: Nürnberger Gesetze, were Antisemitic  laws that were enacted in Nazi Germany on 15 September 1935, at a special meeting of the Reichstag convened during the annual Nuremberg ralley of the Nazi Party. The two laws were the Law for the Protection of German Blood and German Honor, which forbade marriages and between Jews and Germans and the employment of German females under 45 in Jewish households, and the Reich Citizenship Law, which declared that only those of German or related blood were eligible to be Reich citizens. The remainder were classed as state subjects without any citizenship rights. A supplementary decree outlining the definition of who was Jewish was passed on 14 November, and the Reich Citizenship Law officially came into force on that date.

Subsequent to this event, numerous programs went into effect to promote hatred and antisemitism. One of their main tools was the dissemination of radical anti-jewish ideas into the school and university systems.

Well my brethren, we have arrived as the following article will articulate:

How can we stand up to our Jewish history being rewritten or erased if we can’t recognize when it’s being smeared? Op-ed. (JNS) California, home to earthquakes and Hollywood fantasy, is about to experience a seismic shift in its public-school curriculum—one that, if enacted, will erode reality in education as we know it.

Next month, an 11-member board appointed by Gov. Gavin Newsom will vote on a proposed Ethnic Studies Model Curriculum (ESMC), which, if approved, would be implemented for all K-12 public-school students in California. The March 17 vote will determine whether the board will reject or approve a third and final draft of the proposed curriculum, which has undergone more than 200 changes since its initial proposal. The stated intent is to eventually make the ESMC mandatory for all public schools in the state of California.

The first draft, released in 2019, included content opposed by many in the Jewish community: references to the BDS movement against Israel; hip hop lyrics that invoked anti-Semitic tropes; and Israel’s War of Independence referred to as the nakba (“catastrophe” in Arabic), a Palestinian propaganda term used to undermine Israel’s legitimacy. This version of the ESMC was so troubling that the White House special envoy for combating anti-Semitism took the atypical step of issuing an official public statement of condemnation.

It was just as troubling to the public. More than 57,000 recorded public comments were made on this version over the past 18 months. Thankfully, Gov. Newsom vetoed a bill that would have made ethnic studies a graduation requirement, demanding a more balanced and inclusive curriculum. While he initially gave verbal support to the bill, the governor changed course after seeing the public outcry.

Still concerning is that the latest draft, which is expected to pass, includes a lesson plan that celebrates numerous prominent figures who have promoted anti-Semitism and other destructive ideas. It erroneously names known anti-Israel activist Linda Sarsour and Helen Thomas, the late Washington journalist whose “Jews should get the hell out of Palestine and go back to Poland, Germany, America and everywhere else” remark was denounced by the White House—as “significant figures to cover,” part of “Important Historical Figures Among People of Color.”

The impetus for creating this curriculum is the root of the problem and why the ongoing modifications don’t go far enough. As Bari Weiss, author of How to Fight Anti-Semitism, noted in a recent tweet, “There is no more important story in the Jewish world this month.”

She takes issue with the curriculum because it is based on “critical race theory” and relies on the trend of “intersectionality,” a vehicle for much of the anti-Israel, anti-Semitic rhetoric in America today. Painting Jews as part of the “oppressor class” erases Jews as a minority, and is an erasure of our ongoing battle against anti-Semitism. Further, it negates the ethnic diversity of America’s Jewish population, and completely and offensively excludes Mizrachi Jews and Jews of Color, since it doesn’t fit a convenient narrative of Jews as “white and privileged.”

The cornerstone of these arguments is one that completely nullifies Israel’s right to exist. This makes sense in the misinformed world of intersectionality: If you paint the Jews as white, privileged “oppressor” colonialists, then you can successfully align with the anti-Israel (and BDS) activist narrative that says Israel has no legitimacy.

Why is this such an important issue and why should anyone outside of California care?

Aside from the fact that California public schools serve 6 million students for whom this curriculum will become mandatory, California is a test case for the rest of the country and is seen as the state most likely to pass it. If so, “Critical Race Theory” and BDS activists can bring similar curricula to public schools across the country.

It should be noted that Jews are not the only targets of the offensive views born of a Critical Race Theory agenda. For example, this curriculum omits any mention of Dr. Martin Luther King Jr. while lauding Pol Pot, the architect of the Cambodian genocide that killed nearly a quarter of Cambodia’s population, close to 2 million people. It also glowingly describes radical Black Panther George Murray, who claimed that the U.S. Constitution was a “lie” and referred to the American flag as “toilet paper.”

I see this as merely symptomatic of a larger problem—that is, our own (Jewish) complacency of the growing systemic anti-Semitism in the United States. It is becoming part of a political position that delegitimizes Israel’s very right to exist and is scarily moving into mainstream ideology. It is an indication of a complete break from all Jewish values, part of the founding Judeo-Christian ethos upon which America was established.

Is this what we want as a curriculum for American public schools?

What has brought us to this point, and how has the situation gotten this bad? The answer as I see it is simple: Jewish illiteracy. How can we stand up to defend our Jewish history being rewritten—or, worse, erased—if, as Jews, we aren’t even familiar with it? And if we aren’t familiar with Jewish values, then we certainly won’t recognize when those values are smeared or upended.

When we don’t know why we need to care, we can’t create solutions.

Creating awareness of the problem is only the first step. We can still impact the decision to prevent this deeply troubling curriculum from being implemented. Let’s tell California’s representatives why ESMC should not be supported.

Beyond that, we need to work harder—from within. We must address the epidemic that is Jewish illiteracy. The Ministry of Diaspora Affairs in Israel recently found that 80 percent of Jews outside of Israel are completely “disconnected.”

This is the larger problem, one that has created an environment in which this shameful curriculum could get this far. We can only address the problem if world Jewry works together.

California’s problem is our problem. We absolutely cannot—and must not—be complacent in the systemic rewriting of Israel’s history, its people, its right to exist. So let’s start at the beginning, with a reconnecting of Jews to our timeless heritage and values on an unprecedented scale.

Rabbi Steven Burg is the CEO of Aish Global.