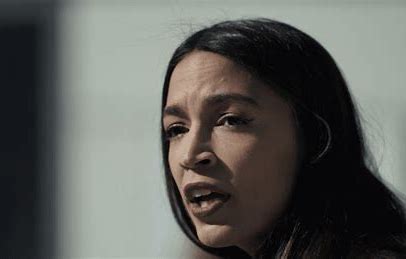 Rep. Alexandria Ocasio-Cortez (D-NY), the radical leftist who has been spouting off for more than a year about “defunding the police,” has had her campaign paying thousands for her own personal security. When NYC moved to cut $1 billion from the NYPD, she said that wasn’t enough.  “Defunding police means defunding police,” she said.

She’ll “defund” your police, but she’s going to keep her own special, personal protection. Too bad that you might not have the ability to pay for the protection that her campaign does. You’ll just be stuck with what’s left of the police departments after she, her Squad, and other radicals are done, chopping away their funding.

But there’s a humorous kicker in the story of her paying thousands for security — it’s to whom she paid some of those thousands.

Her campaign paid private security and consultants $34,000 in the first half of 2021. At least $4,636 of that was paid to Tullis Worldwide Protection for security services between January and June of this year per FEC records, according to the New York Post. The company is owned by a former Blackwater contractor, Devin Tullis. The website makes it clear to anyone who would be engaging them about his history.

Folks on the left have absolute conniption fits over Blackwater, and many of their conspiracy theories involve some demonizing aspect of Blackwater. So it’s very funny that she’s hired a former Blackwater guy to protect herself. The left is going to flip out on her.

“Out of one corner of her mouth she is attacking the police and out of the other she is hiring cops who have gone private to protect her. So AOC, which is it?” veteran Democratic strategist Jon Reinish told The Post.

When questioned about working for her, Tullis told the NY Post that he could not go into details about that.

He refused to get into the specifics of his contract with the congresswoman, but said he frequently hired former military and law enforcement for protection jobs with VIPs — noting the gig wasn’t for the faint of heart.

Oh, my, does he realize what a zing that is to a leftist that has pushed the benefit of social workers rather than police — because she has no concept of what police really have to deal with in their jobs? Plus he hires former law enforcement and military. So, the guys the military generally despises were likely protecting her.

Tullis said he wasn’t involved in the overseas stuff but only domestic security things. In his LinkedIn account, he belongs to a group “Civilian Contractors that Work Abroad.”

Other members of the Squad also have this hypocrisy problem. Rep. Cori Bush (D-M)) paid almost $70,000 for security to RS&T Security Consulting over the past three months. She also paid $15,000 to Nathaniel Davis for “security services” over the same time period. That’s a lot of money for three months, and Davis has the same address as her campaign headquarters. Rep. Jamaal Bowman (D-NY) asked for a special detail from the Yonkers Police Department to provide him security at his home, also.