COVID Vaccine Mandates Are Undermined by the Very Research Sponsored by Vaccine Makers who are Pushing it. 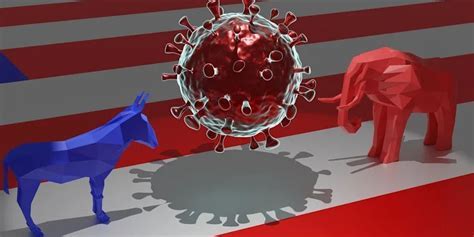 The Federal Agencies themselves are the ones that are supplying information which demonstrates that vaccine mandates is NOT the way to go. The Media itself are guilty of hiding the facts by not sharing with the public, results of research by Federal Agencies which indicate doubt that mandates will succeed and doubts that ‘Therapeutics’ are dangerous.

Recent COVID-19 research sponsored by vaccine makers and the federal government may actually undermine the rationale for vaccine mandates.

Five placebo versus two vaccinated participants died from COVID-19 or related pneumonia across the two randomized controlled trials of more than 74,000 people six to seven months later. The figures are available in each study’s supplementary appendix.

All deaths reported during the vaccine trials, regardless of listed cause, were similarly close between vaccine (31) and placebo (30) groups in the two appendices.

Indiana University medical professor Allon Friedman flagged the studies in a Brownstone Institute essay Thursday, calling their design “the gold standard and most rigorous scientific tool available to examine cause and effect relationships” between vaccination and death.

The Moderna trial found “far too few [deaths] to make any statistical conclusion,” he said, while the Pfizer trial “was even more inconclusive” because Pfizer reported different all-cause deaths to the FDA (21 vaccinated, 17 placebo) than it published in the NEJM (15, 14).

That wasn’t the only discrepancy for Pfizer. A research company contracted to test its vaccine fired a director who notified the FDA of data-integrity problems, subsequently shared with the British Medical Journal.

The two studies are limited in application by their failure to consider natural immunity prior to vaccination or placebo and their exclusion of “frail elderly, the very obese” and the chronically ill, who might not be helped by vaccines, Friedman said.

“Simply put, the very best scientific evidence currently available to mankind does not support the widely held contention” that these vaccines lower the risk of death in the studied time period.

In a preprint study awaiting peer review, the CDC’s own COVID-19 Response Team and the Justice Department’s Bureau of Prisons found no distinction by vaccination status when considering infectiousness.

Though they studied a federal prison with a Delta variant outbreak this summer, the researchers did not limit their conclusions to “congregate settings” such as correctional facilities.

“As this field continues to develop, clinicians and public health practitioners should consider vaccinated persons who become infected with SARS-CoV-2 to be no less infectious than unvaccinated persons,” the study concludes.

By assessing “markers of viral shedding” in 95 participants — four in five of whom were fully vaccinated — the study found “[n]o significant differences” between the two groups in the duration of positivity for PCR tests and cultures.

The only notable difference was among vaccinated participants, of whom the Moderna recipients had a shorter duration of culture positivity.

Meanwhile, the media have largely overlooked significant disagreement within the federal government about the efficacy of an antiviral alternative, ivermectin, in treating COVID-19, the subject of numerous court fights. One recently ended with victory for the dying patient, who quickly recovered once administered the anti-parasitic.

While the FDA conflated animal and human dosages in a tweet this summer that said treating COVID with ivermectin “can be dangerous or even lethal,” the National Institutes of Health hasn’t been so quick to judge.

A year ago, Republican Senators Ron Johnson (Mo.) and Rand Paul (Ky.) asked then-NIH Director Francis Collins to review studies they provided on “early outpatient treatments” for COVID. One published in the Journal of Cell Physiology in September 2020 found a “broad‐spectrum antiviral property” in ivermectin that’s useful for COVID treatment.

Collins responded in January that treatment guidelines were not “mandates” but noted they recommend monoclonal antibodies. The agency’s treatment guidelines panel discussed ivermectin research, including the studies mentioned in the senators’ letter, three times after they expressed concerns, Collins said.

The panel concluded “data remain insufficient to recommend either for or against [ivermectin’s] use for the treatment of COVID-19,” he wrote. The NIH page for COVID antiviral recommendations, last updated in July, still says it’s waiting for “adequately powered, well-designed, and well-conducted clinical trials” on ivermectin before reconsidering it.