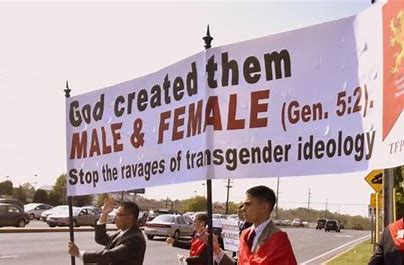 On Thursday, the Alabama state legislature passed a bill that would prohibit K-12 schools from allowing biological males to participate in girls sports.

The Alabama Senate is controlled by Republicans and it voted 25-5 in favor of the bill.  The Associated Press reported that the House approved the minor alterations the Senate made to the measure in a 76-13 vote.

“I believe that this bill is important, ladies and gentlemen of the Senate, to protect the integrity of women’s athletics,” Republican Sen. Garlan Gudger of Cullman said during the debate, per the outlet.

“I think it is an unfair [sic] for biological males to compete and beat females in high school sports. There are biological advantages that men possess just naturally because of genetics,” Gudger said.

This is not the first action that the state legislature has taken on transgender issues. Early last month, the Alabama state Senate voted to make transgender hormone therapy and surgery for children a felony.

As reported by The Daily Wire:

“Senators voted 23-4 to approve the measure, dubbed the Vulnerable Child Compassion and Protection Act, sponsored by Republican Senator Shay Shelnutt,” CBS News reported. “The bill now heads to the state House of Representatives, which has already approved a companion bill.”

“Children aren’t mature enough to make these decisions on surgeries and drugs,” Shelnutt said. “The whole point is to protect kids.”

Democrats and pro-transgender activists were reportedly outraged by the passage of the bill. When faced with the criticism that Republicans were “infringing” on the ability of people to make their own decisions, Shelnutt noted that the state bans minors from other substances, like alcohol and tobacco.

North Dakota passed a similar bill to the Alabama transgender sports measure that would not allow a public elementary or secondary school to knowingly permit a person of one sex to play on a sports team that is reserved for members of the other sex. However, a female student is still able to participate on teams or events that are reserved for boys. The state senate passed the measure 27-20, according to Valley News Live.

The New York Times reported that Dillon Nettles, policy director for the American Civil Liberties Union of Alabama, said the bills are “consistent with the attacks that we’ve been seeing all across the country towards trans youth and really their families as well.”

“These bills are going to have severe negative consequences for the outcomes of trans youth, from their social development to even their ability to build relationships with their classmates and peers,” Nettles said.

As states across the country begin to address the topic of transgenderism, some organizations are speaking out, as well.

The National Collegiate Athletic Association (NCAA) took a position on the topic on Monday, stating its support for transgender athletes. In a written statement, the organization said, “The NCAA Board of Governors firmly and unequivocally supports the opportunity for transgender student-athletes to compete in college sports. This commitment is grounded in our values of inclusion and fair competition.” The NCAA explained its policy requiring “testosterone suppression treatment for transgender women to compete in women’s sports.”

Supporters of bills banning biological males from women’s sports argue that such laws would ensure women are competing on equal footing with their peers, while opponents say the efforts stem from stereotypes and discrimination. The Alabama legislation now heads to Republican Governor of Alabama Kay Ivey for her signature or veto. She has not yet acknowledged whether she will sign it.