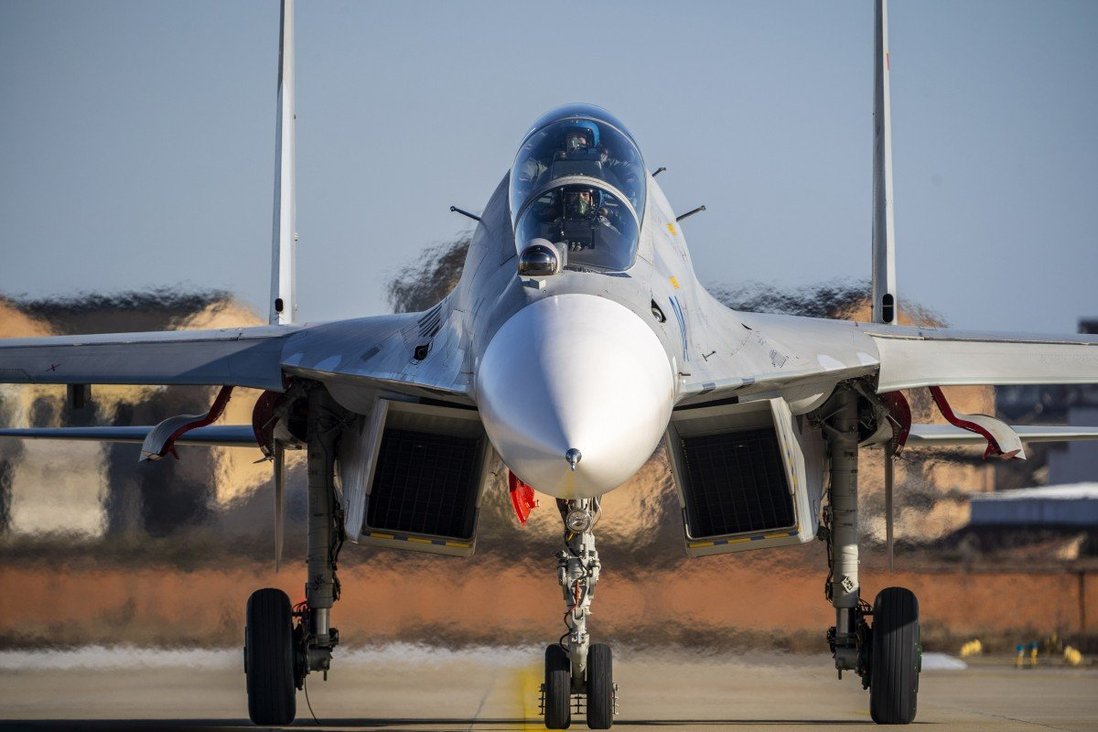 US leads weapons exports with 37 per cent of market share for 2016-20 while China accounted for 5.2 per cent of sales, says Stockholm research instituteSome states in Indo-Pacific have plans to manufacture their own weapons: SIPRI

China’s arms sales declined in the 2016-20 period from the previous five-year period, according to Stockholm International Peace Research Institute which monitors armament sales around the world. Photo: Chinatopix via APChina’s arms exports have dropped over the past five years, a decline that experts have attributed to tensions between China and the US prompting some of China’s neighbours to buy more American weapons, according to a new report.Some military experts said the downturn was mainly caused by former US president Donald Trump’s attempt to expand American arms exports amid a growing perception of China as a threat in the region, while the ongoing Covid-19 pandemic also affected international trade in both exports and imports.

The US continued leading the arms export race with 37 per cent of market share for 2016-2020, a 15 per cent increase on 2011-2015, according to the report published by the Stockholm International Peace Research Institute (SIPRI). Russia grabbed 20 per cent of market share but it had a 22 per cent drop because of strong competition from the United States in most regions.

France and Germany were the third and fourth largest arms exporters respectively, the report said.https://www.youtube.com/embed/dfaiesylb2I?wmode=transparent&jqoemcache=LRbl4

And the fifth largest arms exporter was China with its sales accounting for 5.2 per cent of total arms exports from 2016 to 2020. But Chinese arms exports during the period dropped 7.8 per cent from the previous period, 2011 to 2015.

Hong Kong-based military expert Song Zhongping said the decrease was caused by the Trump administration’s attempt to push its allies in the region to buy American weapons and reject Chinese and Russian arms by playing up a “China threat theory” under his Indo-Pacific strategy.

“Trump himself is a big arms dealer who deliberately tried to stir up tensions in the region, pushing more Asian countries to buy US-made weapons, a move to increase American arms exports,” Song said.

The report said Japan’s arms imports had increased by 124 per cent in the past five years. Early reports said the Japanese Ministry of Defence had planned to spend US$240 billion between April 2019 and March 2024 to strengthen the country’s missile defence and air-strike capability to counter China’s growing air and sea power, and the missile threat posed by North Korea.

The report said Taiwan placed several large arms procurement orders with the US in 2019, including for combat aircraft, even though current data showed the self-ruled island’s arms imports in 2016-20 were lower than the previous five years.

Taipei-based military expert Chi Le-yi said the lower spending did not take into account all of the 10 big deals worth US$18 billion from the Trump administration, including weapon packages for 66 upgraded F-16 fighter jets, 400 Harpoon anti-ship missiles, 100 launcher transporters, radar and support systems and others.

“The weapons sold to Taiwan will be delivered in future years, so they’re not counted in the SIPRI report,” Chi said. “The ongoing tension in the region is good timing for the US to sell weapons.”

India’s arms imports dropped 33 per cent in 2016-20 from the previous period but the report said the drop was mainly because of its long procurement processes. Its arms imports are expected to rise over the next five years as it perceives increasing threats from Pakistan and China.

“For many states in Asia and Oceania, a growing perception of China as a threat is the main driver for arms imports,” SIPRI senior researcher Siemon Wezeman said in the report. “More large imports are planned, and several states in the region are also aiming to produce their own major arms.”

Yogesh Gupta, a former Indian ambassador to Denmark and a specialist in China-India relations, added that India was trying to diversify its imports of arms.

“[Indian troops] are getting these mainly from the USA, Russia, France and others. [A] new trend is an emphasis on developing our indigenous arms industry and capabilities in emerging technologies,” he said.https://www.youtube.com/embed/CJBrL1YKIDU?wmode=transparent&jqoemcache=EcnOK

A report published in October by the Indian defence ministry said India’s army had accelerated buying domestic and foreign weapons after its border clash with Chinese troops and to fortify India’s borders against rising infiltration by Pakistan.India and China have been locked in a border dispute for decades since a bloody skirmish in 1962. A conflict in June last year resulted in the deaths of 20 Indian troops. China confirmed four PLA soldiers died in the violence and one was hurt.

The Indian government finalised a road map in 2019 to spend US$130 billion to modernise its armed forces and bolster its ability to effectively counter challenges from neighbours such as Pakistan and China, the Indian defence department said.

“India’s indigenous defence industry is not fully developed yet. A lack of capacity and compelling security needs forced India to buy weapons and other defence needs from other countries,” said Rajeev Ranjan Chaturvedy, an adjunct senior associate fellow with Asian Confluence think tank in Shillong, India.

“However, in recent years the Indian government’s focus has changed to pay more attention to [the] indigenous defense industry, including growing participation of private sectors.”