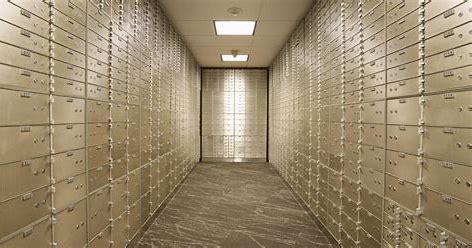 It is YOUR FAULT!! Keep Voting Commies into Office or NOT VOTING AT ALL

The feds seized $85 million in cash, precious metals and family heirlooms stored in about 800 safe deposit boxes in Los Angeles.

A class-action lawsuit claims the FBI “exceeded the search warrant approved by the court” when it raided storage provider, US Private Vaults (USPV) and snooped through the contents of the safe deposit boxes.

USPV was indicted by the feds for conspiracy to sell drugs and launder money, however the owners of the boxes are not accused of committing any crimes.

The search warrant only authorized the FBI to inspect the safe deposit boxes to “identify their owners in order to notify them” about claiming their property.

The FBI agents were caught on video going through the boxes, tearing open packages with coins after already identifying the owner’s name.

“Items appear to be missing” – The owner’s lawyer told the Los Angeles Times the FBI’s list of inventory left out $75,000 in gold coins.

The Institute for Justice, a watchdog accountability group is spearheading the fight and filed a temporary restraining order this week on behalf of several owners who stand to lose the contents of their safe deposit boxes if a federal judge doesn’t intervene.

This is the “most outrageous Fourth Amendment abuse that the Institute for Justice has ever seen,” Frommer, the IJ attorney, said when it announced the case. “It is like the government breaking into every apartment in a building because the landlord was dealing drugs in the lobby.”

Several are suing the government for seizing the contents of about 800 boxes as part of a March raid of the storage provider, U.S. Private Vaults (USPV), which was indicted for conspiracy to sell drugs and launder money.

The Institute for Justice (IJ) is seeking class-action status for a May lawsuit by several owners alleging “shocking, unconscionable, and unconstitutional” behavior by the government. IJ attorney Robert Frommer accused the feds of an “$85 million cash grab” from people who were not accused of wrongdoing.

The civil forfeiture notices “do not identify any legal basis,” namely the “specific offense,” to justify each forfeiture, and thus violate due process rights, the public interest law firm said in an amended complaint filed last week. “Box holders thus do not know whether the government is accusing them of drug crimes, money laundering, structuring” or any crime at all.

The asset list in the seizure notice discloses more than a dozen boxes containing more than $1 million each in cash, and many more in six figures. Others list jewelry, collectible coins, gold and silver, and “Precious Items” with nominal $1 figures.

The FBI appears to have exceeded the search warrant approved by the court, which prohibited snooping on the box contents except to “identify their owners in order to notify them” about claiming their property.

IJ filed a temporary restraining order (TRO) Tuesday on behalf of owners whose boxes are subject to civil forfeiture proceedings, in light of a June 24-25 government deadline to file claims. It said the feds can deny return of the items if it judges the responses are not filled out “correctly.”

A motion for preliminary injunction, filed June 3 and still pending, seeks to force the feds either to provide “an explanation for its continued detention of the property” of owners who already filed claims or “give the property back.” A hearing on that motion, which includes a request for “provisional class certification,” is scheduled for July 12.