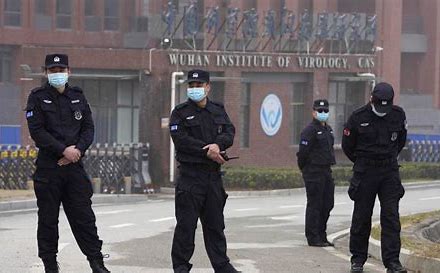 Over the last several weeks, we’ve been bringing you Jen Van Laar’s shocking exclusive reports at RedState about a Chinese defector, reportedly working with the Defense Intelligence Agency (DIA), who claims to have “direct knowledge” of China’s bioweapons program. The defector allegedly has evidence proving that SARS-CoV-2 was created by the Chinese military and released from a lab. Now, we know the defector’s name.

RedState’s sources confirmed that the defector is, in fact, Dong [Jing Wei], that he was in charge of counterintelligence efforts in China, and that he flew to the United States in mid-February, allegedly to visit his daughter at a university in California. When Dong landed in California he contacted DIA officials and told them about his plans to defect and the information he’d brought with him. Dong then “hid in plain sight” for about two weeks before disappearing into DIA custody.

Spy Talk, a website that reports on U.S. intelligence, defense, and foreign policy, alleges that the information provided by Dong was the impetus behind the Biden administration making a 180-degree turn on the lab-leak theory. The site reported that Dong is a “longtime official in China’s Ministry of State Security (MSS), also known as the Guoanbu.” According to his public profiles, “he was responsible for the Ministry’s counterintelligence efforts in China, i.e., spy-catching, since being promoted to vice minister in April 2018.”

If that is true, Dong would be the highest-level defector in the history of the People’s Republic of China.

RedState’s sources confirmed that Chinese officials did indeed demand the return of Dong, but said that at the time, Sec. of State Anthony Blinken wasn’t aware that Dong was working with the DIA and denied that the U.S. had him.

Spy Talk warns that it’s not unusual for unconfirmed reports about Chinese defectors to surface.

That’s not the case here, insists RedState, “based on conversations with sources familiar with the information Dong has already provided and its quantity and reliability.”

“Not only does Dong have detailed information about China’s special weapons systems, the Chinese military’s operation of the Wuhan Institute of Virology and the origins of SARS-CoV-2, and the Chinese government’s assets and sources within the United States; Dong has extremely embarrassing and damaging information about our intelligence community and government officials in the ‘terabytes of data’ he’s provided to the DIA.”

To explain the breadth of the data Dong reportedly turned over to the feds, a single terabyte is approximately the equivalent of 75 million pages — or nearly 19 million documents. The potential scope of such a cache of documents is breathtaking to consider. According to RedState, the data includes:

This is potentially explosive, geo-political-altering information. It would be extremely dangerous not only to Chinese officials who have insisted that SARS-CoV-2 evolved naturally and spread through wild animals, but it would also indict the World Health Organization, which by most accounts impeded the investigation into the Wuhan Institute of Virology, which many scientists and officials now believe was the source of the virus, whether by accident or intentionally.

It could also be a black eye for U.S. officials who, until very recently, refused to even consider the possibility that the virus originated in the Wuhan lab and labeled such claims conspiracy theories. The same is true of our social media overlords, who actively suppressed stories suggesting a lab leak and punished websites and individuals who published alternatives to the natural-evolution theory. Anthony Fauci, who has carried water for the Chinese Communist Party for the last year and a half, could also be in hot water, depending on what’s in the documents. And that’s before you even get to the specter of an infestation of Chinese Communist spies embedded in the U.S. government.

One thing we know for sure: no one is more nervous about what’s in those docs than Joe Biden.