Bernie Kerik: Next 3-4 Weeks Will Be Explosive – Will Vindicate Everything We’ve Been Saying – Election Was Stolen (VIDEO) 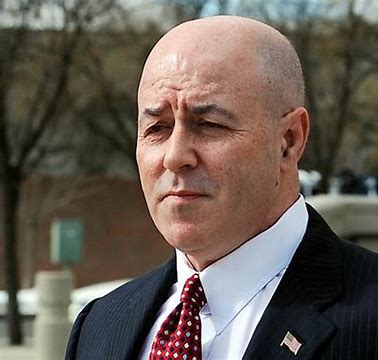 During their conversation, Kerik said there are over 17,000 “missing” ballots in Fulton County alone.

Bernard Kerik:  You have a number of investigations in Georgia and one primary in Fulton County, Steve, that I predict that over the next three or four weeks is going to be explosive.  And I think it’s basically going to come back and vindicate everything the President and Rudy Giuliani, and I have been saying for the last six months.  The election was stolen.  Basically the Republican legislators didn’t do their job.  They allowed this certification of the votes… The Secretary of State of Georgia, he allowed that certification.  He had 174 missing batches in the Fulton County count.  174!  That’s 17,400 ballots that were missing and they knew about it.  There’s no way they didn’t know.  They had to know.  That would have put Donald Trump over the edge to win Georgia.  Just that alone.  But there’s a lot more coming and it’s going to come out through these investigations.  There’s subpoenas being issued.  There’s depositions being taken.  I think you’re going to see some explosive material in the next two or three weeks…

One thought on “Bernie Kerik: Next 3-4 Weeks Will Be Explosive – Will Vindicate Everything We’ve Been Saying – Election Was Stolen (VIDEO)”