Bahrain Chooses Alignment with Israel Over Submission to Iran 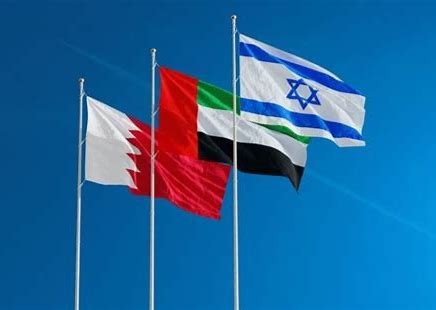 Since the announcement of the Abraham Accords in August 2020, ties between Bahrain and Israel have grown steadily, reaching a milestone last week when an Israeli military aircraft, carrying Defense Minister Benny Gantz, touched down in Manama. It was the first Israeli military plane to fly over Saudi Arabia and land in a Gulf country.

Bahrain has long suffered from Iranian bullying. In 2007, Hussain Shariaatmadari, an aide to Iran’s Supreme Leader Ali Khamenei, wrote that Bahrain was once a Persian province that Western powers unlawfully separated from Iran. In 2017, the state-owned daily Iran reiterated this claim, asserting that until 1956 Bahrain had been Iranian, with a 70% Persian-speaking Shiite population. In other words, Bahrain belongs to Iran, and its independence is not acceptable.

Neither history nor demographics supports Tehran’s claims. Today, the majority of Iranians who live on the east bank of the Persian Gulf, under Iranian sovereignty, are ethnic Arab citizens of Iran who suffer under immense discrimination and a policy of Persianization.

An island nation that could just about fit inside the Washington Beltway, Bahrain needs allies. Now it has found in military cooperation with Israel a good way to deter Tehran. Close ties to the Jewish state were once unthinkable for the Arab Gulf monarchies, but Iran has kept up its threats despite mounting evidence that it is driving its adversaries closer together.

The memorandum accorded the Israeli navy basing rights in Bahrain, also home to the U.S. Fifth Fleet, according to Israeli media reports. David Salama, the Israeli navy chief, implicitly substantiated such reports when he said that cooperation with Bahrain “will bring safe passageway and a secure maritime area for the State of Israel [like it does] for our partners in the U.S. Central Command.”

Cognizant that military cooperation between Bahrain and Israel will make Iranian bullying harder, Tehran-funded media threatened Manama, citing an attack that pro-Iranian militia launched on an alleged Mossad office in Iraqi Kurdistan. State-backed outlets quoted Israeli reports about the basing agreement, while pundits argued that the real added value to Israeli military power would be Bahrain’s proximity to Iran. “Israel will use Bahrain as a platform to conduct its intel operations” directed against Islamist Iran, an analyst wrote.

Only 170 nautical miles separate Bahrain’s Sitra port from the Iranian docks of Bushehr.

Inside Bahrain, parties sponsored by Tehran sent their supporters to the streets to protest Gantz’s visit. Pictures of the protest showed less than two dozen young men carrying placards that read: “Death to Israel. Death to America.” Other signs showed a drawing of the “sword of Imam Ali,” affirming that protesters were Shiite Islamists loyal to the Iranian regime.

Bahrain’s Sunnis, however, took a different approach. While Bahraini Salafists did not praise military cooperation between their country and Israel, they signaled their support for the country’s leadership. Many of them took to social media to congratulate their national army on its annual day of recognition, which fell on the day following Gantz’s visit.

Other Bahraini Salafists were busy raising awareness and funds to support Syrian refugees suffering from a brutal winter in Lebanon, Jordan, and Turkey.

In deepening its alliance with Israel, Bahrain has not been alone. Tehran’s proxies in Yemen fired Iranian ballistic missiles last month at both civilian and military targets in the United Arab Emirates. Iran’s hostility since the signing of the Abraham Accords has only affirmed the pact’s value. After deploying its third in line to reason with top officials in Tehran in December, the UAE has since received Israeli Prime Minister Naftali Bennett and President Isaac Herzog. After his meeting with Herzog late last month, Abu Dhabi’s Crown Prince Mohammed bin Zayed said they discussed their “common view of the threats to regional stability and peace, particularly those posed by militias and terrorist forces,” and the UAE and Israel’s “shared understanding of the importance of taking a firm stance against them.”

For Islamist Iran, all the bullying of Bahrain and the missile strikes at the UAE might have been designed to convince these Gulf nations that their only safety comes from bowing to Tehran’s hegemony. But Iranian behavior has actually pushed Manama and Abu Dhabi in the opposite direction. The only way to deal with Tehran, they have become convinced, is by sticking to an alignment with militarily strong nations such as the United States and Israel.

While a common front against Iran might have brought Gulf countries and Israel closer together militarily, this is not a cold peace like the one Israel has had for decades with Egypt and Jordan. Israel’s trade with the UAE has already reached high levels, while normalization with Israel at cultural and social levels is happening fast in both the UAE and Bahrain.

Iran’s policies seem to have backfired. Gantz’s visit to Manama was only the tip of the iceberg.