Avi Maoz And His Anti-Gay Agenda Made It Into The Knesset!! 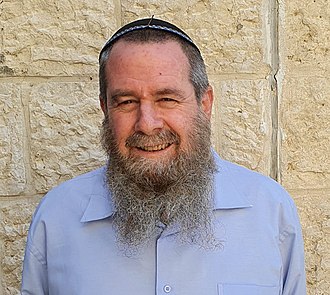 Maoz, No. 6 candidate on the Religious Zionism slate, will present a challenge for the pro-gay, which have actively worked to portray Israel as an LGBT-friendly oasis in the Middle East

Maoz’s Noam party burst onto the political scene in 2019 with a series of highway billboards and video ads with the slogan “Israel chooses to be normal.” The party believes “one father + one mother ” is the only normal family structure and says the LGBT community forced its agenda on the rest of Israeli society.

The party enjoys the backing of Rabbi Tzvi Tau, the founder of the Har Hamor Yeshiva in Jerusalem. The 81-year-old has been a leading voice in the national religious community against LGBT acceptance. In 2017, he wrote that homosexuality is the “ugliest deviation, which breaks down family life… and contradicts the first basis of human existence.”

The party merged with Otzma Yehudit ahead of the September 2019 election, but failed to cross the threshold. It then ran independently ahead of the March 2020 election before dropping out days before the race.

Ahead of this election, thanks in no small part to immense pressure from Netanyahu, Noam merged with both Otzma Yehudit and Bezalel Smotrich’s National Union to run as the joint Religious Zionism alliance.  The premier even freed up a spot on Likud’s list for a National Union candidate as he sought to prevent any right-wing votes from being wasted.

One thought on “Avi Maoz And His Anti-Gay Agenda Made It Into The Knesset!!”