As Russian Troops Mass on Border, USAF Aircraft Reminds Them Our Military Is Here and Ready 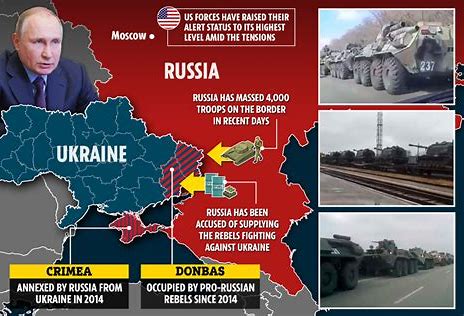 By Grant Atkinson, The Western Journal

In the past week, Russian troops have arrived at the country’s border with Ukraine. As a NATO ally with Ukraine, the United States is already sending a message that we are ready to defend them should it become necessary.

On Friday, FlightRadar24 showed the path of the United States’ Global Hawk drone. Known for collecting valuable information about potential battlefields, the Global Hawk was shown flying over areas where pro-Russian separatists have amassed in Ukraine. 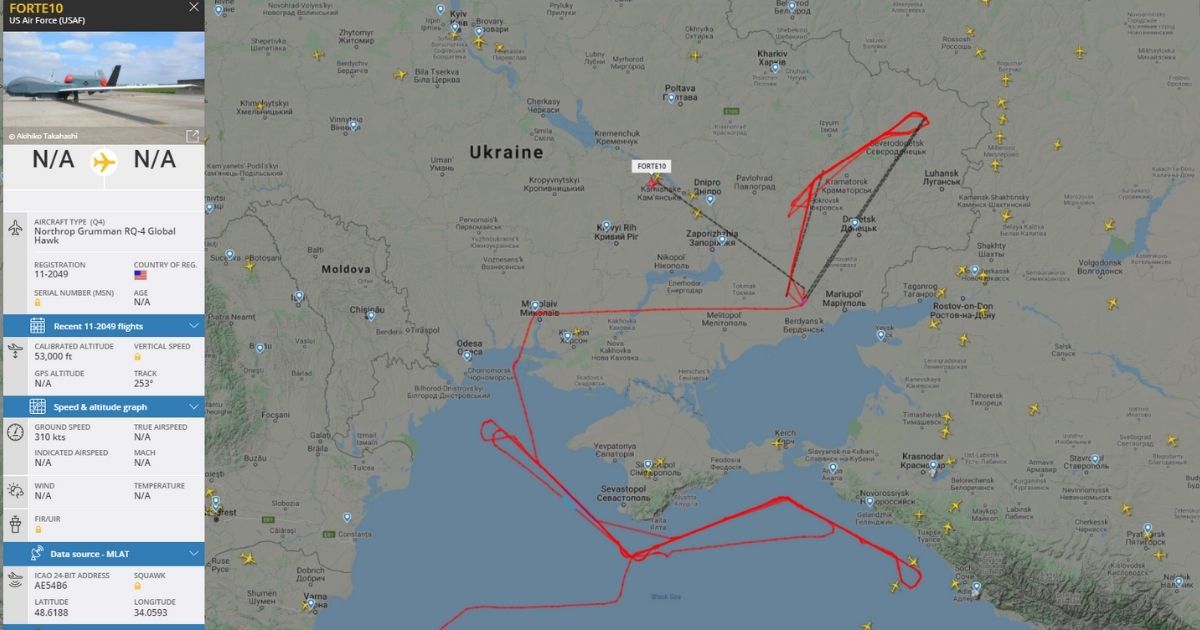 The fact that the Global Hawk’s position was broadcasted is a clear reminder to Russia that American troops are standing ready. Should the need arise, the United States is not afraid to protect our ally, Ukraine.

This surveillance mission comes on the heels of Russian troops arriving at the Ukraine border. Independent Russian military expert Pavel Felgenhauer warned that the troops’ presence could trigger a war in Europe, the New York Post reported.

“The crisis has the potential to escalate into a pan-European war, if not even a world one,” he said in an interview with Russian media outlet Rosbalt according to the Post. “Will it happen or not? Let’s wait and see. In the West, they don’t know what to do about it.”

The United States has already voiced their support for Ukraine and their sovereignty from Russia. President Joe Biden had an official phone call with Ukraine President Volodymyr Zelenskiy on April 2, according to Reuters.

“We discussed the situation in Donbass in detail,” Zelenskiy said. “President Biden assured me that Ukraine will never be left alone against Russia’s aggression.”

The United States also issued a statement pledging “unwavering support for Ukraine’s sovereignty and territorial integrity in the face of Russia’s ongoing aggression in the Donbass and Crimea,” Reuters reported.

This is not the first time that the United States has sent a message to Russia through a surveillance mission. A similar mission took place in May 2019, DefenseWorld.net reported.

“An online aircraft monitoring resource PlaneRadar stated that at least three American reconnaissance aircraft were spotted near Russia’s southern and western borders on May 1 [2019]- the RQ-4B Global Hawk drone, Boeing RC-135V and the P-8A Poseidon anti-submarine patrol aircraft,” they said in an article at the time.

On that mission, the Global Hawk was collecting similar information regarding the area.

“The strategic RQ-4B Global Hawk drone belonging to the United States Air Force conducted reconnaissance flight for five hours at an altitude of 16km along the demarcation line in Donbas, located in the eastern most part of Ukraine, according Russia’s Interfax news agency,” DefenseWorld.net reported.

The United States could easily use a silent transponder for these reconnaissance missions. However, there are clearly two goals in mind for these missions.

First, and most obviously, the U.S. wants to collect valuable information regarding areas where a future conflict may take place.

Second, America wants to send a message to Russia that our troops are armed and ready for battle. By publicly broadcasting the Global Hawk’s position, the United States is making a statement that can hardly be ignored.

When a global enemy of America threatens an ally, we are not going to stand idly by. The United States has never been afraid to stand up for those who are aligned with us, and that is not going to change now.

3 thoughts on “As Russian Troops Mass on Border, USAF Aircraft Reminds Them Our Military Is Here and Ready”