Americans on the Move, Looking for Less Populated and Greener Pastures 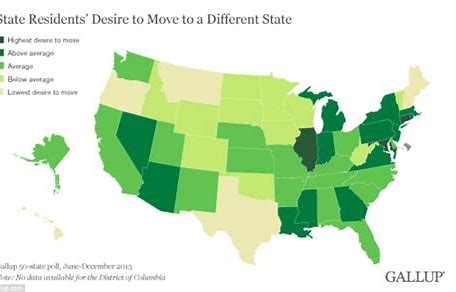 “Vote with your feet,” said President Ronald Reagan in 1982.

Forty years later, many Americans are still heeding his advice and moving to what they see as greener pastures.

Florida, with its sunshine, warmth, and no individual state income tax, is a big draw, as demonstrated by the annual study of interstate migration by United Van Lines, the nation’s largest moving company.

United Van Lines has been conducting the study since 1977. It is based on interstate household moves handled by United in the lower 48 states, plus Washington D.C. The company also surveys customers concerning the motivations and circumstances that have influenced their moves.

Company spokesperson Eily Cummings told The Epoch Times that the company moved just over 125,000 customers between states in 2021.

Of those, 21,560 responded to the survey. “These are weighty and statistically significant numbers. They confirmed some recent trends, but also contained some surprises,” Cummings said.

According to the study, Tennessee posted a move-in to move-out ratio of 62 to 38 percent, and the ratio for Texas was 54 to 46 percent.

Cummings said, “This was the first time in the 45-year history of our study that West Virginia ranked so high. This seems to be part of a trend of Americans moving from areas of high population density to areas of lower population density.

“Six of the top 10 states in terms of move-ins have a population density of less than 100 people per square mile. Also, people are moving into metropolitan and even rural areas rather than into densely populated urban centers.

“This trend may be related to the pandemic. We believe the increase in moves to the less crowded states may also be due to the ability of many people to work remotely.”

The survey showed that 33 percent of customers responding to the survey moved across state lines for a new job or a job transfer. The figure was 60 percent in the 2015 survey.

Cummings said, “Taking a new job was the reason given by 64 percent of our responding customers for moving into Washington D.C. We believe this was largely because of the change of administrations after the 2020 election.”

The survey revealed a new trend that found 32 percent of all responding customers moved across state lines to be closer to family.

“Historically, moving closer to family has not been one of our responses. It seems to have come to the fore because of the pandemic. Forty-eight percent of the responding customers we moved into Michigan, 47 percent in New Jersey, 44 percent in Ohio, and 43 percent in Illinois, said they moved there to be close to family members.”

Cummings went on to say, “We’ve seen a ton of movement out of New Jersey and New York to Florida and the Carolinas. Twenty-four percent of those leaving New Jersey went to Florida. Twenty-one percent of our customers who left New York in 2021 moved to Florida.”

687 thoughts on “Americans on the Move, Looking for Less Populated and Greener Pastures”