Americans Last: New York Will Pay Illegals Up to $15,600 Each 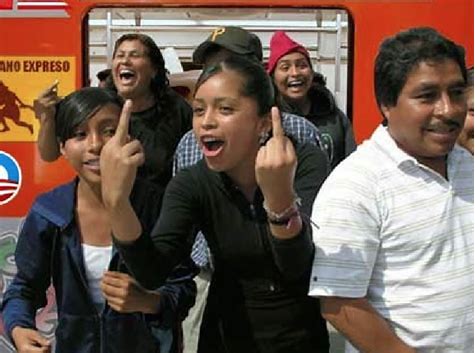 In New York state, which has seen no small amount of economic struggles since COVID-19 lockdowns began, the government in Albany is about to start paying illegal immigrants up to $15,600 each in pandemic relief.

According to The New York Times, the state’s Democrats have passed a bill that would set aside a staggering $2.1 billion for illegal immigrants who work in the state and lost money due to COVID, providing up to 290,000 individuals with checks.

The payments were a sticking point in the state’s $212 billion budget, which raised taxes on New Yorkers earning over $1 million in an effort to pay for a budget that was 10 percent bigger than last year’s.

The tax hikes were the headline-grabbing part of the budget, making New York’s wealthy the most heavily taxed in the nation. Considering that roughly half the state’s income tax comes from the top 2 percent of its wealthiest residents, The Times noted, that raised questions as to how many of them would be staying there — particularly given America’s newly mobile economy.

But they’re spending that money on the right priorities! Like, for instance, cutting checks for illegal immigrants, a move that gave even some swing-district Democrats second thoughts.

Under the plan, undocumented immigrants would be able to claim up to $300 a week for the past year if they can prove they lost employment due to the pandemic, were residents of the state and were ineligible for benefits from the federal government.

This could be said by any number of New Yorkers, however — including those who are in this country legally and pay taxes. Ramos further illustrated the brokenness of this logic in a statement after the budget’s passage.Should illegal immigrants get coronavirus relief?Yes No  Completing this poll entitles you to The Western Journal news updates free of charge. You may opt out at anytime. You also agree to our Privacy Policy and Terms of Use.

“This nation’s economy has long been built on the backs of our undocumented workforce, and their essential labor that has helped keep our nation running throughout this pandemic. This long overdue relief will offer hundreds of thousands of New York’s excluded workers the financial support they need to be able to provide for themselves and their families,” Ramos said in a statement.

“The fund created in this budget will go a long way in recognizing the vital contributions our undocumented New Yorkers have had on our state’s response and recovery, and I am hopeful other states will begin to do the same,” she said.

The payments to illegal immigrants, obviously, are being given on the backs of the state’s taxpayers, whose labor is just as essential (and has kept both the state and the nation running through the pandemic). Furthermore, that labor is being done legally.

As for whether other states should adopt these kinds of sweeping measures, consider the fact this plan is exponentially more expensive than the next closest state initiative, a $75 million plan in California.

“So my answer is yes, this is important to do because these are families, these are human beings who are part of our community, part of our life,” he added. “They have been suffering without a lot of the help other people have gotten. This is part of how we recover together, so I do think it was the right thing to do.”

So, in addition to the naturally unpopular proposition of transferring money from taxpayers legally in this country to non-taxpayers who aren’t legally here, you can throw in another unpopular element — a transfer of money from the entire state into New York City.

Voters in swing districts in the upstate region and Long Island might not be pleased with this, as The New York Times pointed out, and the Democratic strategist The Times talked to didn’t seem to have the best messaging on the matter.

“The question is not, do you help these workers, it is how do you do it and how do you structure it in a way where it is defensible in these districts,” political consultant Bruce Gyory told The Times.

For Gyory, it’s not a question about whether taxpaying voters have a moral and practical obligation to give taxpayer money to illegal immigrants. Instead, it’s about structuring it in a way so that they don’t make a stupid decision and vote for a Republican who might object to these handouts.

And then there’s the messaging, particularly in the midst of a border crisis, that New York will subsidize illegal immigrants and that Albany lawmakers think other states should, too.

De Blasio was asked about this at his media briefing Thursday, and he gave the usual spiel that the “root causes” of illegal immigration are what really need to be addressed, not incentives to come to and remain in the United States illegally.

“I think the answer is increasingly clear: It’s comprehensive immigration reform with a pathway for citizenship for the 12 million who are here, and let’s change this whole paradigm and make sense of it rather than this illusion we’ve been living with for decades and decades,” the mayor said.

“The U.S. has had a long, deep, deep involvement in Central America,” he continued. “We have very much been a part of what has created both the good and bad there, but we have to work to solve that problem because unless we do that, there will constantly be people coming here because they have no other choice, they’re facing violence and terror in many cases.

“Any parent faced with the same challenges would do the same thing … so why don’t we deal with the root cause? It’s the right time to do that.”

If there’s actually a reason why it’s become “increasingly clear” that it’s the “right time” for America to solve Central America’s problems for it, it remained unspoken by de Blasio.

Either way, beyond whether or not those root causes can or will be solved, addressing those “root causes” we hear bandied about frequently these days isn’t mutually exclusive to stemming illegal immigration by taking away (or not providing) perverse incentives to illegally immigrate.

And that’s what this is. No, those at the border aren’t eligible for this program. What New York’s leaders are signaling, however, is that when and if another moment like this arises, the state is willing to take care of them, no matter whether they’re in this country legally. Not only that, they think other states should follow their lead, as well.

At a time when too many New Yorkers who are U.S. citizens are having trouble paying their bills, this is the wrong signal to send.

One hopes it’s a signal voters remember next time they go to the polls.