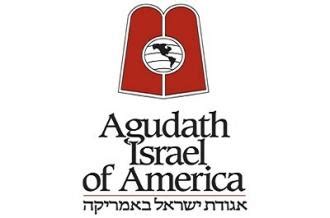 Agudath Israel reversed it’s stance on abortion by strongly advocating for the reversal of Roe vs. Wade. In an op-ed on NBC News, Avi Shafran writes:

Agudath Israel, similar to many foes of Roe, considers the 1973 landmark decision to be jurisprudentially faulty for having magically pulled a shiny new right out of the constitutional hat, and to have been societally unhealthy for opening the floodgates to mass feticide.

As we have reported last Friday morning, for many years the Agudah maintained a neutral position on this grave matter. Avi Shafran strongly opposed the Texas anti abortion bill. Friday afternoon the Agudah publicly reversed it’s position. Shafran did stop short from calling an unborn baby a baby – or declaring abortion to be murder, as is the position of the esteemed Rabbi Moshe Feinstein OB’M ( Igros Moshe, Choshen Mishpat II ,   siman 69  (Page 295) .

One thought on “Agudath Israel Reverses Its Stance On Abortion”