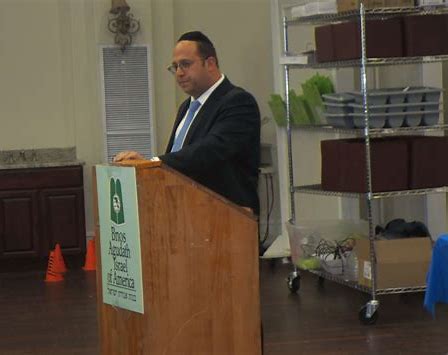 So the Giant Egotistical Leadership of Agudas Yisroel, and their puppet in NJ, the “GOFER” boy to the Jewish Community Avi Schnall, are supportung the Re-Election of Gov. Phil Murphy for a second term in NJ.

So I wondered, what is it that they like about Murphy that makes them send Schnall around to meetings all over NJ convincing people to vote for Dictator Murphy?

So I looked up some of their propaganda where they say that we owe Gov. Murphy ‘HaKaras HaTov for his support support to the Lakewood Jewish Community.

But than I found that on March 3d, of this year, Murphy signed into law a Landmark equal rights bill: The bill is a Senior citizens Rights Bill. Wow!! how nice!

But than there title of the Bill was amended; it is now called, and i quote, “LGBTQI+ Senior Bill of Rights Legislation.”

Well thank you Schnall and your puppet master AI of America.

So here are the highlights of the Bill my dear brethren of Lakewood and the other Jewish communities of NJ:

I highlighted some of the major points. People! Think of our institutions. Think of our public places! Think of our ability to object to practices that affect our religious freedoms and our freedom to raise our children according to our Torah Values.

So let me ask you Schnall and administration of AI, is some of that $6,000,000 campaign that you just finished going to be used to provide us with legal protections and fees for legal assistance if we do not allow males to use our female bathrooms?

What will you do if a ‘trans’ couple wants to rent a basement in one of our neighborhoods? you guys fix that?

SHAME ON YOU AND YOUR ORGANIZATIONS. You are no longer here to protect or fight for us. You have turned to your puppet masters in the DemocRAT party. You have pledged allegiance to the Swamp.

Residents of Lakewood and the rest of NJ!! You must go out and vote republican. The DemocRAT party became the party of antisemitism.