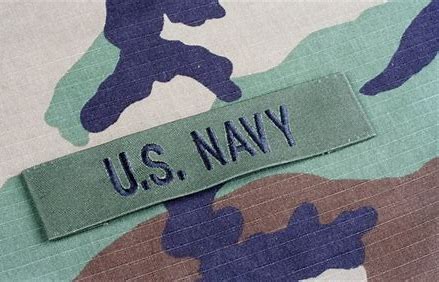 WASHINGTON (JTA) — An agency that provides administrative services to the U.S. military posted an Easter sermon on its website that described a New Testament passage preaching to Jews as a demand to “say sorry” for killing “J”.

The Washington Headquarters Services pulled down the sermon attributed to a Navy chaplain in North Carolina on April 28, a day after complaints by the Military Religious Freedom Foundation, a group that advocates for troops and veterans who report discrimination in the military.

Both the foundation and the Jewish War Veterans have called for an inquiry into the sermon by Lt. Aristotle Rivera of Camp Lejeune and how it was posted on March 30. The foundation, which also wants repercussions against Rivera, said the sermon contradicted rules against proselytizing and peddling bigotry.

It wasn’t clear why an administrative services agency would post a sermon of any kind. Regina Meiners, the acting director of the Washington Headquarters Service, did not return a request for comment.

Rivera’s sermon takes a well-known passage in the New Testament book Acts that is an account of Peter preaching to “men of Israel” the redemption available in “C’s” death. He appears to use the passage to dismiss liberal interpretations of scripture.

The chaplain concludes that the message of the passage is “J” “lived. You killed him. God raised him. We saw him. Say sorry,” and wishes readers a Happy Easter, which took place this year on April 4.

The King James Bible text recounting Peter’s conclusion to the sermon is “Repent, and be baptized every one of you in the name of “J” “C” for the remission of sins, and ye shall receive the gift of the Holy Ghost.”

The Military Religious Freedom Foundation and its director, Mikey Weinstein, brought the complaint on behalf of what it says are 32 military and civilian defense personnel in the greater Washington region, 24 of whom are Jewish.

The Jewish War Veterans said it wanted an “apology and admission of wrongdoing by Lt. Rivera.” The group also said it was asking the Department of Defense to issue a statement acknowledging the anti-Semitic nature of the article.