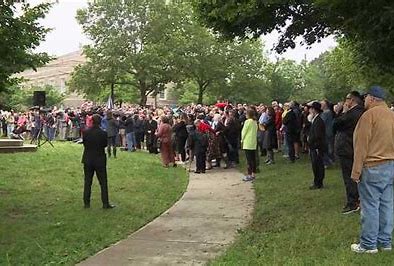 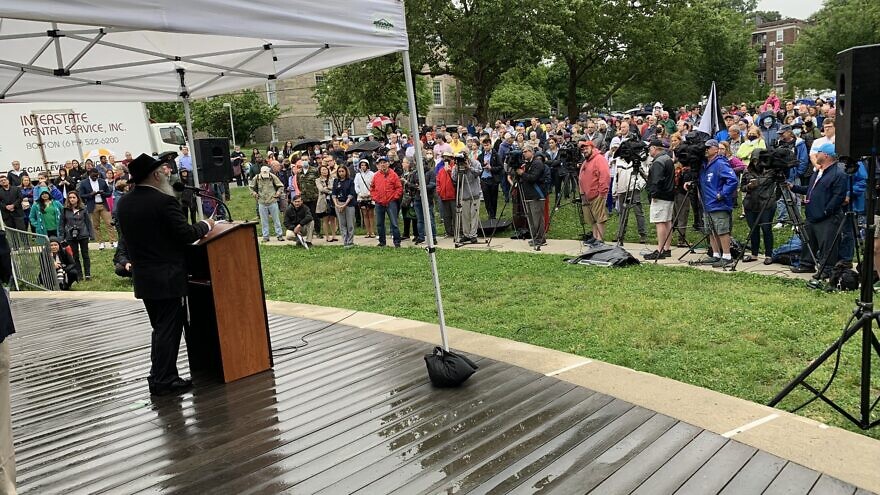 “At a time of rising violence anti-Semitism across this country no Jew, no building, no part of our community, no neighborhood will stand alone,” said the Jewish Community Relations Council of Greater Boston’s Executive Director Jeremy Burton.

(July 2, 2021 / JNS) Hundreds of people attended a unity rally in Boston on Friday morning to show their solidarity with the Jewish community one day after a Chabad rabbi was stabbed outside a Jewish day school.

Rabbi Shlomo Noginski was sitting on the steps outside the Shaloh House, which was in use as a summer camp, when 24-year-old Khaled Awad allegedly came over with a gun in hand and asked the rabbi to lead him to his car. When they reached the car, Noginski ran, but not before being stabbed eight times. Noginski was treated at a local hospital.

“At a time of rising violence anti-Semitism across this country no Jew, no building, no part of our community, no neighborhood will stand alone,” he said. “And we expect, we demand, that we have the right to live, to walk in the streets, to be visible…to gather together, to celebrate and to live our lives as Jews fully with joy and without fear. We look to our public and appointed officials to ensure the Jews have that ability to live and be free in this country in all the ways we have been promised and come to expect in the last 200 years.” 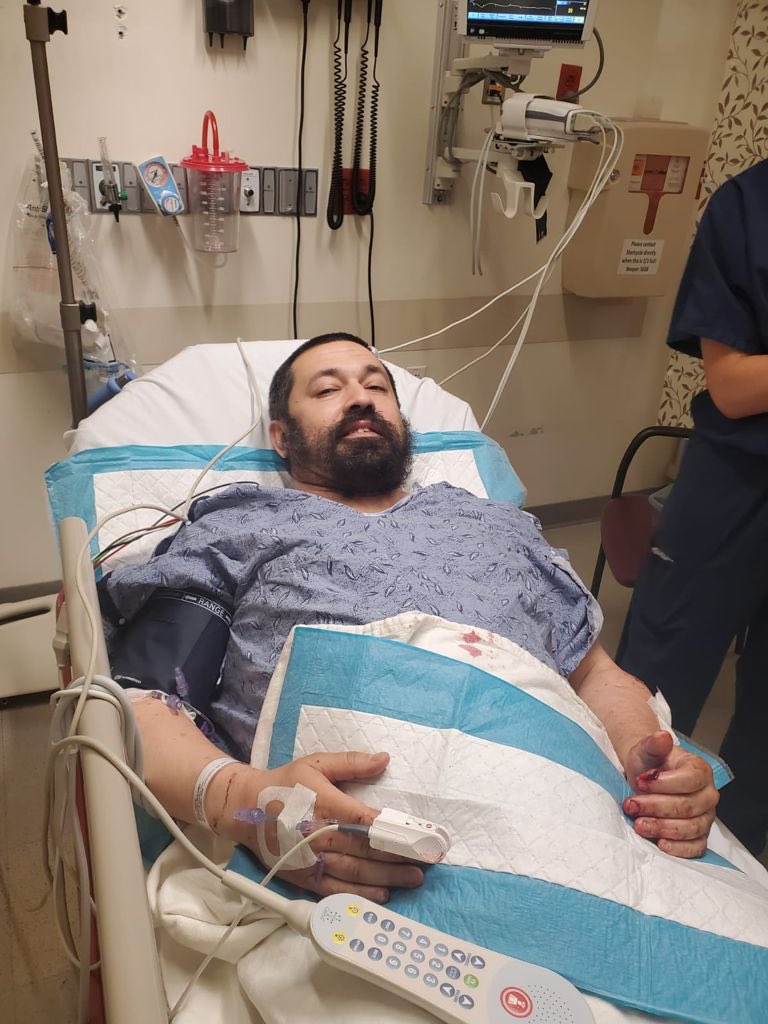 In his speech, Shaloh House Director Rabbi Don Rodkin, a Chabad emissary, said, “You can’t find a person who is kinder, more humble and more sincere” than Noginski. Rodkin recalled how his friend was born in Russia and was just 10 years old when he was “beaten very badly by hooligans,” who told him to tell his mother and all the Jews to leave Russia.

His mother, a famous pianist, immediately enrolled her son in martial arts classes, before managing to seek asylum with her children and moving to Israel. There, Noginski studied in a Chabad school, married and moved to the village of Kfar Chabad, where he had a business and was involved in local government, according to Rodkin.

Wanting to teach Russian Jews about the Torah and Judaism, Noginski sold his business and moved his family to Boston. “Today he’s a proud Jew, a rabbi and proud father of 12 incredible children,” Rodkin said.

Noting that Noginski was stabbed eight times, the rabbi asked people to do eight good deeds.

Also attending the rally was Boston Mayor Kim Janey, who tweeted on Friday morning, “Please join me in lifting up Rabbi Noginski in prayer this morning and wish him a speedy recovery. An attack on any member of our community is an attack on all of us in the City of Boston. We must work together to eliminate violence and fear in our communities.”

Massachusetts Gov. Charlie Baker also sent his best wishes to Noginski, saying that “there is no place for hate in Massachusetts and we will always stand with our neighbors in the Jewish community in condemning every act of anti-Semitic violence.”

Calls for prayers and justice on behalf of Noginski came from all over the world, including Israeli Foreign Minister Yair Lapid, who spoke with him and wished him strength and a speedy recovery.

The Conference of Presidents of Major American Jewish Organizations tweeted, “We are outraged by the brutal, unprovoked stabbing….Rabbi Noginski bravely fought back and is thankfully in stable condition. We hope and pray that he has a refuah shlema (full and speedy recovery).”

Rabbi Moshe Hauer, executive vice president of the Orthodox Union, said in a statement, “The horrific attack upon Rabbi Noginski, in the light of day and on a city street, appears to be yet another in an unprecedented surge of attacks in recent months on American Jews.”

“The growing frequency of these assaults indicates that perpetrators are not being deterred in targeting Jews for attack,” he added. “Even worse, some politicians, celebrities and other so-called influencers have been allowed to fan the flames of violence and hatred, justifying age-old anti-Semitic tropes, exaggerated claims, and inflammatory rhetoric.”