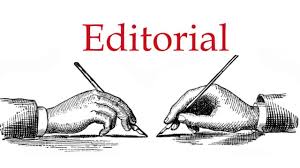 MOSCOW: Russian President Vladimir Putin said on Sunday (Nov 22) he was ready to work with any US leader and would congratulate whoever emerges the winner of the US presidential election once all the legal formalities are settled, Russian news agencies reported.

Putin has withheld comment, while President Donald Trump has been taking legal action to try to overturn his Nov. 3 election defeat to Democratic President-elect Joe Biden.

“We will work with anyone who has the trust of who has the trust of the American people,” Putin was quoted as saying on state television. But the winner must be named either by the opposing party, which should acknowledge the victory of their opponents, or after the final results of the election are confirmed in a legitimate, legal way, Putin said.

At the same time bear in mind, Putin is at the lowest popularity level as Russia’s “supreme” leader.

“After two decades in power, Vladimir Putin’s approval ratings are at an all-time low as Russia’s economy reels under the impact of the coronavirus epidemic and the slump in oil prices. What better time for him to seek to extend his presidency for potentially 16 more years?”

Russia and the US had been waging a very different type of war since the Obama administration. During the “Cold War Years” post WWII, Up until the fall of the U.S.S.R During George H.W. Bush, (Bush 1) Russia and the United States had engaged in a silent, albeit head to head war. In 1968, Richard Nixon, the newly elected President, spearheaded a new (although not originally his) strategy, whereby the U.S opened up a relationship with  Mao Zedong as a strategy to tame Russia’s general aggression against the West. Russia’s relationship with China has always been a tinderbox of sorts. The thinking behind this move by Nixon was that Russia would begin to see itself forced into some level of acquiescence with the U.S. It is possible that this move in someway effected the ultimate repositioning of the USSR.

After the fall of the dismantling of the U.S.S.R, the new Russia began to readjust its focus from becoming the most powerful nation in the world to maintaining equal footing as the most important “co-leader” with the US.

When Barak Obama ascended to the US presidency, he changed to entire landscape of the US/Russo relationship. He was more focused on becoming the lead nation in the world by leading the US into Communism by way of Socialism, focused on partnering with China, while at the same time minimizing the power of Russia by making them economically dependent on the US and the western countries.

In order to achieve this, Obama would sometimes act as Russia’s partner and other times as her adversary. Putin not being the fool, played the game appropriately. However Obama had a major advantage because of his continuing relationship with China. While engaging in a strategic sellout of US economic and military interests to China, there was mutual assurance that China not interfere with the US’ complex relationship with Russia. To be sure, China had its own strategic relationship with Putin. But China’s greater interest lie in its goal of weakening the US as the worlds Capital and Military leader.

We all know of the scam the Democrats perpetrated on us with Russian interference with the 2016 election. It was a fake from beginning to end. What is truly amazing is that our Government still stands behind its veracity. The current Biden (Obama) administration, perpetuated a new scam after the 2020 election by creating more fake evidence that Russia attempted to manipulate the election against Biden and in favor of Donald J Trump.

Putin responded to Biden’s foolishness with his Nov. 22nd declaration, attempting to raise a finger about the inability now of the US to determine its own “sacrosanct” elections. This further angered the the Democrats in the US by continuing to malign Russia and attaching there “favorite” enemy Donald Trump at the same time.

The United states poured additional fuel into the fire by loudly criticizing Putin for the way he is dealing with his competitor Alexei Anatolievich Navalny, who is attempting to unseat Putin in the upcoming election. Navalny, now being held in an undisclosed prison, has been the source of increasing protests by thousands of Russian citizens.

Although it may seem that this rhetoric is childish, it has at times been in history, the yeast that causes the dough to rise.