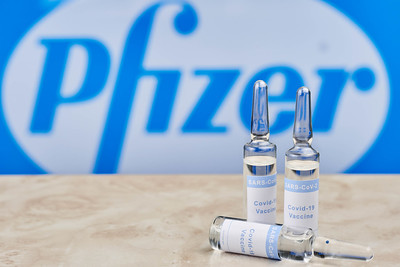 Thirty-four cases of pregnant women experiencing spontaneous miscarriages or stillbirths after receiving a COVID-19 vaccine have been submitted to the Vaccine Adverse Event Reporting System (VAERS).

VAERS is a passive reporting system that allows people to submit a report of an adverse event after vaccination and is run by the Food and Drug Administration (FDA) and the Centers for Disease Control and Prevention (CDC). Research funded by the CDC has shown that fewer than 1 percent of reactions from vaccinations are being reported on VAERS.

Reports made to VAERS do not necessarily mean that a vaccine may have caused the event or reaction. Miscarriages are labeled as spontaneous abortions or abortions in the reporting system.

Many cases of spontaneous miscarriages occurred in the first trimester, or the first 12 weeks of the pregnancy, with 25 occurrences after being immunized with a Pfizer-BioNTech vaccine. While the four cases of stillborns occurred in either the second (weeks 13-27) or third trimester (weeks 28-40).

According to Verywell Health, an online resource on health-related issues: “Research suggests that between 10% and 20% of women with a medically confirmed pregnancy will end in miscarriage. Eighty percent of these will occur during the first trimester.”

Despite this scientific evidence, Matzav.com have been posting payed articles, encouraging all pregnant woman to vaccinate.