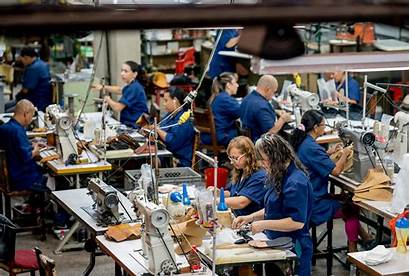 REPRINTED FROM ‘THE FEDERALIST’

Last Thursday, the Racine County, Wisconsin sheriff’s office held an hour-long press conference detailing the results of an investigation into a complaint the office received of potential violations of state election law. While leftist media ignored the story, the investigation revealed both blatant violations of state law by election officials and detailed evidence of voter fraud by stealing elderly Americans’ votes.

The methodical presentation by the Racine County Sheriff’s Office provided the context, as well as additional texture, to one discrete aspect of the irregularities that took place in Wisconsin during the 2020 presidential election. The press briefing highlighted the Wisconsin Election Commission’s illegal directive to municipalities not to “use the Special Voting Deputy process to service residents in care facilities,” and instead to “transmit absentee ballots to those voters by mail.”

Those well-versed in the many violations of election law that occurred in the last election have long known of the WEC’s override of the legislatively mandated use of special voting deputies. But Thursday’s presentation provided an accessible summary of the situation that (should have) resonated beyond political lines and put a figurative face to the fraud enabled by the state’s election officials’ own apparent fraud.

Sgt. Michael Luell, who led the investigation and presented his findings during the briefing, also has a law degree and has served as a prosecutor. This unique combination allowed him to simplify the situation, which he did by first highlighting key portions of Wisconsin code in a crisp PowerPoint presentation.

Ignoring the Law Because COVID

Section 6.875 of the Wisconsin election code provides the “exclusive means” of absentee voting in residential care facilities, the presentation noted. That statute requires the local municipality to dispatch two special voting deputies, or “SVDs,” to a facility. The SVDs must then personally deliver a ballot to residents of the facility and must witness the voting process. The statute further provides that only a relative or an SVD may assist the voter and then, following the vote, must seal the ballot envelope and deliver it to the clerk.

Further, in an attempt to justify their decision to violate state law, WEC commissioners focused on the dangers of COVID to the senior community, Luell stressed that in response to the WEC’s request that the governor “suspend” the portions of Wisconsin election law related to SVDs, the governor’s office informed the WEC that the governor lacked that power.

Moreover, the WEC continued to claim to override the SVD provisions even after the governor’s lockdown orders—which did not ban SVDs from nursing homes in any event—expired in September. Then, to illustrate the absurdity of the WEC’s position, Luell highlighted for the public the visitors allowed into senior facilities. His report detailed facility access allowed from April to November in 2020 for the following:

Luell also excerpted details from a document the WEC apparently distributed to nursing homes throughout the state. That document, entitled “Absentee Voting at Care Facilities in 2020,” informed “care facility administrator[s] and staff member[s]” that they could, among other things, “assist residents in filling out their ballots or certification envelops,” in express violation of Section 6.875.

My Mom Voted After She Died?

Throughout the press conference, Luell made election law minutia understandable with the personal element, beginning with the fact that he launched his investigation based on a complaint his office received from “Judy.” As Luell explained, Judy discovered her mother had purportedly voted by absentee ballot in the November 3, 2020 election, even though “Shirley” had died on October 9, 2020.

Judy filed an affidavit with the WEC, stating she believed the residential care facility where her mother had resided, the Ridgewood Care Facility, “took advantage” of her mother’s “diminished mental capacity and filled out ballot(s) in her name.” WEC refused to investigate and forwarded the complaint to the Racine County Prosecutor’s Office, which forwarded it to the sheriff’s office for investigation.

As part of the investigation, Luell obtained a list of all Ridgewood Care residents who voted in the 2020 election: 42 in all. After subpoenaing the named contacts for each voter from the nursing home’s file, Luell attempted to contact the next-of-kin to inquire if they had any concerns about whether their family member had actually voted.

In addition to Judy, the children of six other residents of Ridgewood Care Facility expressed concerns about a ballot cast in their parents’ names. The patients’ children detailed to the sheriff’s office their parent’s lack of mental capacity and other facts indicating the votes did not represent the freewill of their parents, such as the difficulty in convincing one mother to sign any documents and one father’s statement that if he couldn’t vote in person, he did not want to vote. Also, none of those other six residents had voted in the 2016 presidential election, or in any election since 2012.

Worse still was the case of “SL,” whom a court had declared legally “incompetent.” SL’s legal guardian told Luell “she believed SL’s right to vote had been taken away.” Records likewise showed SL had not voted since 2012.

In addition to these interviews, Luell interviewed the Mount Pleasant Village Clerk, who told him “the rate of new people registering to vote and the number of people voting at the Ridgewood Care Center was unusually high in the November 20202 election.” According to Luell’s report, the clerk stated that for most previous elections, including presidential elections, the number of people voting would total about ten, and the number of new requests for absentee ballots would be zero to two people.

The clerk further noted that the director of Ridgewood Care Center “would call her and tell her that she had ‘80 people’ who were newly requesting absentee ballots,” and that in 2020, 36 new requests for absentee ballots were received and 43 residents voted in the November 2020 election.

Also questioned was the director of Ridgewood Care Center and several employees, including one aide who spoke with the sergeant a second time after leaving her job at Ridgewood Care Center. Luell’s report from this follow-up interview included a note that the former employee claimed “that she told Director [REDACTED] that she lied to the police and she should not have done that.”

These interviews also revealed staffers improperly completed a portion of the absentee ballots, mishandled ballots, and discussed the elections and candidates with the residents beyond merely reading them the ballots or turning on NBC News to spark an interest in voting.

This Is Just One of Hundreds

Before taking questions, Luell returned to the Wisconsin Election Code and Section 12.13, entitled “Election Fraud.” Here, he noted at Section 12.13(2)(b)(7) expressly provides that it is a crime if, “in the course of the person’s official duties or on account of the person’s official position,” the official “intentionally violates or intentionally causes any other person to violate any provision” of the election code, “for which no other penalty is expressly prescribed.”

During the Q&A period that followed, the Racine County Sheriff’s Office stressed that it does not make prosecutorial decisions, and had turned the results of the investigation over to the prosecutor’s office. The office also called for the Wisconsin attorney general to launch its own investigation.

Sheriff Christopher Schmaling also noted that Racine County is just “one of 72 counties,” and “Ridgewood is one of 11 facilities within our county.” “There are literally hundreds and hundreds of these facilities throughout the entire state of Wisconsin,” he continued, noting “we would be foolish to think for a moment that this integrity issue, this violation of the statute, occurred to just this small group of people at one care facility in one county in the entire state.”

Unfortunately, we would also be foolish to think that the corporate media will care about election integrity. Absent a very public light being shined on the problem, it will continue unabated, leading to further distrust in our electoral process and the press.