Will Russia Invade? The World Tries to Decode Signs of a Possible Attack on Ukraine 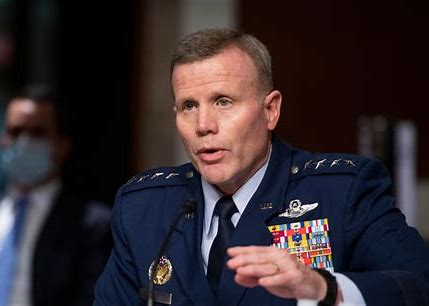 Amid increasing alarm over a possible Russian invasion of Ukraine, the international security community is immersed in a multipronged effort to decode the signs, lodge protest, and assess possible outcomes of war.

In addition to a mounting buildup of Russian forces along the border with Ukraine, provocative portents include so-called “battle stripes” painted in broad strokes atop Russian tanks, and satellite images that are alleged to depict concealed registration numbers on Russian armor. Additionally, Ukraine on Thursday announced that Russia planned to block foreign warships from entering the Black Sea via the Kerch Strait.

Within the Pentagon, the battle stripes drew particular attention because the markings — meant to distinguish friendly from enemy tanks — are best viewed from above. The markings prompted analysts to consider whether Moscow placed the markings in preparation for an air assault, Pentagon sources told Just the News.

After the Biden administration announced it would expel Russian diplomats and impose sanctions on Russian entities over numerous infractions, officials from other countries expressed outrage and demanded action.

The United Kingdom on Thursday summoned the Russian Ambassador to meet with officials from the British Foreign Office.

“The UK Government is deeply concerned about a pattern of malign behaviour by the Russian State,” a Foreign Office spokesperson said in a statement.

The foreign ministers for Estonia, Latvia, Lithuania, and Ukraine jointly condemned the behavior.

“We deplore the ongoing Russian build-up and concentration of military forces in close proximity to the Ukrainian borders, and in the occupied and illegally annexed Crimean peninsula,” the ministers said. “We call upon Russia to cease its provocations as well as to dispel all concerns by being fully transparent” in accordance with an international agreement.

“A diplomatic note was handed to the Ambassador which informs of three employees of the Embassy of the Russian Federation in Warsaw being declared personae non gratae,” the Polish Foreign Ministry said in a statement. The ministry alleged “the violation of the conditions of diplomatic status by the aforementioned persons” and  “actions aimed to harm the Republic of Poland.”

Russia, for its part, has maintained that nothing is amiss.

“The Russian army is moving on Russian territory in the directions it considers necessary, as it sees fit to ensure the lasting security of our country,” the Kremlin’s spokesman, Dmitry Peskov, told reporters last week. “This shouldn’t cause the slightest concern to anyone.”

The Ministry of Defense, meanwhile, has reported updates on triumphs of training. This week, the ministry announced, an electronic warfare unit in the Baltic Fleet training ground rehearsed its jamming skills, and “worked out the tasks of suppressing navigation and radio communications of a mock enemy.”

The U.S. top commander in Europe on Thursday addressed the perceived threat that has consumed the international security community.

“Russia continues to subvert the Ukrainian government through malicious cyber activities, supports illegitimate elections in Eastern Ukraine, and remains postured for the use of force in the Black Sea and Sea of Azov,” said Air Force Gen. Tod Wolters in testimony before the House Armed Services Committee.

While highlighting aggressive posturing from Russia, Wolters also told lawmakers that the short-term likelihood of Russia invading Ukraine is somewhere between “low and medium.”

During the same hearing, Laura Cooper — a Pentagon official who deals with Russia, Ukraine, and Eurasia — said that Russia’s movement of logistical forces in the area “has plateaued.”

Some 89,000 Russian troops are stationed along the border and inside Crimea, according to Ukrainian military officials.

3 thoughts on “Will Russia Invade? The World Tries to Decode Signs of a Possible Attack on Ukraine”