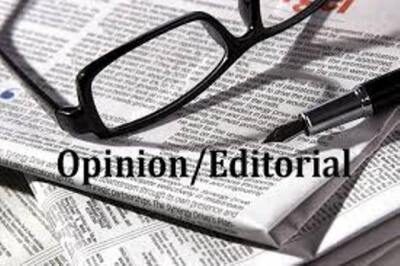 From a cursory examination of the public brouhaha over the Biden/Democrat Marxists nomination of Ketanji Brown for the Supreme Court, one might think how foolish the Dems are by choosing someone with such a controversial judicial background.

So let us dig in deeper.

Biden makes a campaign promise that he will nominate a black women to the Supreme Court if a nomination opportunity comes up.

Great! The progressive liberal Marxist wing of the Democrat party are very happy. So is the “fake” moderate wing of the party. Add to that the RINO wing of the Republican party and you have a “slide-into-home plate Supreme Court candidate that helps “virtuous” America dance in the streets for joy while the propaganda media hails Joe Biden as the ‘great unifier.’

But time to stick a ‘pin’ into that bubble dream. Not so fast. Forget any chance that a MAGA Senator will protest as radical a candidate for the Supreme Court as Ketanji Brown Jackson, because there aren’t any Senators who are pure MAGA. Josh Hawley, Ted Cruz, Rand Paul and a few others are as close as you get to populism. But their connection to MAGA is strategic. They are all ‘Presidential hopefuls’ whose only chance for a crack at the big prize is to maintain a ‘live’ connection to the ‘conservative’ and MAGA wing of the American people. As much as we recognize that ‘insincerity,’ we welcome it because we have no other allies in the senate.

Thankfully, Hawley, Cruz, Blackburn, and even fake phony feckless Lindsay Grahm, who sit on the Senate Judiciary committee, with outside support from MAGA and conservative influencers are standing their ground.

There is no question that the Democrats on this committee and the White House band of clowns who initiated this effort, never thought that such a heavy opposition to this candidate would be mounted. In fact, we now know that they deliberately hid the record of the last 25 years of Jackson’s case histories from the potentially investigative eyes of the opposition. Yes! ‘deliberately’ his 45,000 pages of a terrible sentencing record by this candidate from the eyes of the Senate as well as the American People.

Why? Because they knew that these facts, if they were to come to light, would potentially squash the hopes of moving a true radical into the nation’s highest court.

That shows you that while the Dems and their White House operatives, while incredibly foolish and downright evil at times, are not so stupid. As it happened, their attempt to bury the facts did not succeed. Records were discovered and as a result we are now engaged in the most contentious confirmation event since Robert Bork during the Reagan presidency.

In light of all this one must ask, why take the risk. Why push forward a candidate that if she loses will set back the Democrat agenda on the Supreme Court? True, since Biden is currently President, even if she loses, there will be another opportunity to put forth another candidate. In fact, Justice Breyer is not set to step down until the end of June. The Supreme Court doesn’t pick up it’s activity until EO October. This leaves 7 months time to introduce and confirm another candidate. So why did the Dems push this now in March?

To be sure, there is an underlying element that guides the DemocRAT agenda that is very complex and deeply historical. Twisted Progressivism as we see it unfolding now is not an invention of the 21st century or the left wing of the DemocRAT party. It was born early on in American history and has roots in prior development in European history. This editorial is not the place for that discussion. So let’s set up the chess board as it appears today beginning in February and March of 2022.

The US Economy is facing a rapid decline. Inflation is Rampant. Unemployment is on the rise. Wage increases are NOT keeping up with the rise of inflation and the decline of the dollars value.

Add to that an increasingly dire issue on the southern borders of the United States which has seen over two million illegal immigrants enter the country which has angered even main stream Democrats.

The administration is rapidly declining in the polls. Both the “fake news” propaganda polls and the real ones—while showing a wide gap—has the popularity of the Biden Administration at a 34%. (Rasmussen has him at 28%) And that’s what the “fake news” polls say. To give you a feel for what that means, the day Richard Nixon (of Watergate Fame for those of you who know what that is) was at 25%; And that was because most of the country thought of Watergate as a shameful act by a President, especially that he lied to the country (an every day occurrence in the Clinton, Bush and Obama Administrations).

The administrations sudden focus on the Ukraine issue, where they basically goaded Russia into attacking Ukraine by falsely dangling US protection and admission into NATO so that Russia would feel even more threatened, was clearly designed to get Americas’ attention away from his total abject failure as a commander-in-chief as well as a care taker of America’s previously robust world economy.

In fact, the day after Russia invaded the Ukraine, Biden launched his anti-Russian war of words which for a few days had him as high as 47% approval. (A dismal return by the way for a war-time president). But that didn’t last very long as we see now.

Why then risk such a bold move that could fail at a time like this?

(Just as an aside, I think she will get through the conformation and be confirmed by the addition of some feckless republicans. But even if the Republicans vote no down the line, the Dems will vote yes (Manchin has already signaled he will vote yes) and VP Harris break the tie.)

In the eyes of the DemocRATS, there is no downside. Should they lose, they will use this as a further propaganda tool to their base underlying the innate racism of the republican party in their refusal to nominate a black woman (whom—by the way—was unable to define the term “woman” during her confirmation hearings) to the highest court in the Land.

Secondly, (and most importantly) it will weaken the ability of the Republican party to refuse the next nominee who will undoubtedly be just as bad if not worse than KBJ. After all the self righteous RINO’s in the Republican party will not have the stomach to withstand the media onslaught of racism accusations that will surely follow after a second confirmation failure.

Who knows if that might not have been the strategy to begin with. Either way, the Dem’s will not lose out here.

However, it appears that the Dem’s have not considered a very important angle. If they are victorious in this confirmation, it will at best be a pyrrhic victory.

Installation of a radical in the highest court of the land will be a unprecedented almost revolutionary event in the the history of this country.

It will undoubtedly create a much wider infections divide in an already divided country that will have many unintended consequences.

But only time will tell.