‘Why Isn’t The World Helping?’ Ukrainians Plead For More Weapons From The West 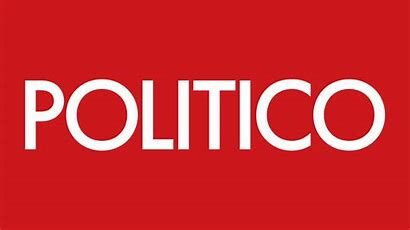 As more evidence surfaces about Russian atrocities, Ukrainians — inside and outside the country — argue Western support isn’t enough.

LVIV, Ukraine — Irina, a middle-aged woman from the eastern Ukrainian town of Dnipro, burst into tears and kept apologizing. Every now and then she would suppress her crying, but as she stumbled through what she wanted to say, tears would flow again.

“I have lost my home. Friends have been killed. My husband is in Ukraine fighting. They are killing men, women and children. For what reason?” she said. “And why isn’t the world helping?”

The hotel receptionist in Krakow offered Irina a box of tissues. This wasn’t the moment to suggest the world is doing quite a lot — punishing Russia with unprecedented sanctions and boycotts, giving Kyiv financial aid and supplying the Ukrainian military.

But as more evidence surfaces about Russian atrocities in towns and villages north of Kyiv, and as Russia seemingly prepares a fresh offensive in the Donbas region, Ukrainians — inside the country and the evacuees outside — argue Western support isn’t enough.

They echo President Volodymyr Zelenskyy and his foreign minister, Dmytro Kuleba, who on Thursday, ahead of a meeting of NATO foreign ministers in Brussels, said: “My agenda is very simple. It only has three items on it. It is weapons, weapons and weapons.”

That was the message that a group of five Ukrainian lawmakers delivered in Washington last week, according to Ivanna Klympush-Tsintsadze, a former deputy prime minister in the government of Zelenskyy’s predecessor Petro Poroshenko and now an opposition lawmaker.

Just back in Ukraine, this week Klympush-Tsintsadze sat with me in Lviv to share her impressions of the transatlantic mission, which included two lawmakers from Zelenskyy’s Servant of the People party, a pair from Poroshenko’s European Solidarity party and another from the parliamentary Holos faction.

They had meetings with top Democratic and Republican lawmakers, including House Speaker Nancy Pelosi; and with Pentagon and State Department officials, including Victoria Nuland, U.S. undersecretary of state; but were not granted a meeting with Jake Sullivan, the national security adviser, or his deputy, despite the parliamentary mission having the imprimatur of the Ukrainian president.

“The Pentagon and the National Security Council are more cautious than State,” Klympush-Tsintsadze said. “It seems actually DoD [the Pentagon] is holding back more than the State Department.”

The U.S. and NATO member countries have supplied Ukraine with anti-tank missiles, short-range drones and other defensive weaponry, but have been declining Ukrainian requests for more offensive arms, including warplanes, long-range artillery, and drones as well as tanks, fearing it risks dragging Western powers into a wider European war. Washington did this week approve $100 million in security assistance for Kyiv to buy Javelin anti-tank missiles. And Klympush-Tsintsadze hopes tanks might soon be approved.

“There is a disconnect between the Ukrainian military and the American military about what we need,” and she said in Washington there’s no “readiness to take the political decision that at some stage will have to be taken,” helping Ukraine to “leapfrog” from relying on “old Soviet-era weapons to new generation ones,” especially if the war is drawn out, which she fears it will be.

Ukraine is running low on parts and munitions and is searching for supplies across Central Europe and further afield in Africa and “anywhere old Soviet weaponry is still available.” She added: “But we are in competition with Russia, which is also trying to buy up supplies, most probably to block us.”

Ukrainian lobbying efforts seem now to be having an effect. After the NATO meeting Thursday, Antony Blinken, U.S. secretary of state, said Washington was looking at sending “new systems” to Ukraine. “We are not going to let anything stand in the way of getting Ukrainians what they need,” he said.

And Ukraine’s foreign minister expressed “cautious optimism” after alliance member countries agreed to supply advanced weaponry to Ukraine, including heavy weapons and armor. Liz Truss, the U.K. foreign secretary, told reporters after the meeting: “We agreed to help Ukrainian forces move from their Soviet-era equipment to NATO standard equipment, on a bilateral basis.”

But Klympush-Tsintsadze and other Ukrainian politicians say they are not sure all the Western countries “really understand what we are dealing with; what we are up against in terms of Russia.”

They exclude Poland, the Czech Republic and the Baltic states from their reproaches. They say Ukraine is in an existential fight. They maintain this war has to be waged to a decisive finish and not truncated by a flawed peace deal that can only be temporary and leaves Russia in control of a chunk of territory in the east of the country and in a position to manipulate and undermine Ukraine’s future.

There is a false dichotomy between offensive and defensive — in order to defend they need now to attack, they say. And they believe Russia’s nuclear threats — as well as menacing Kremlin words about a wider war — are behind the West’s restraint. “They all admit that they didn’t think we would hold out and still can’t see that we can win this, but we cannot hold out for long and we cannot without more Western support,” said Klympush-Tsintsadze.

Ukrainian pleas for more offensive weaponry come as Ukraine’s military is bracing for a major new Russian offensive in the eastern Donbas region, aimed at expanding the territory controlled since 2014 by Moscow-backed separatists. All this week Ukrainian military authorities have been calling on residents living in the regions of Donetsk and Luhansk, as well as parts of Kharkiv region, to leave “while they still have the chance.”

The message seems to be hitting home. More evacuees from Donetsk and Luhansk are appearing in refugee reception centers inside Ukraine and more appear to be crossing into Poland. Many evacuees I have encountered the past few days, inside and outside Ukraine, come from the city of Dnipro and its region, which lies adjacent to Donetsk—and many more than I saw last month. The new evacuees say they fear their city may soon be in the eye of the storm of Russia’s new eastern push.

Some, like Irina, have made their way to Krakow in Poland, two and a half hours from the border. They seem incongruous in a town that’s enjoying a post-pandemic surge in pre-Easter tourism with Europeans, and some Americans, crowding the Old Town and enjoying the post-COVID freedom of drinking in bars and mixing in restaurants. Some tourists, mainly Americans, peel off to visit nearby Auschwitz, a ghost of past horrors that Ukrainians say are reappearing.

The Ukrainian evacuees count their pennies more. But they also wander the streets and walk the parks lost, trying to adjust to their life-changing circumstances. They keep checking their mobile phones to search out the latest news of battles and skirmishes in their home country.

Some sit in the foyers of their hotels observing life beyond the plate-glass windows, among them Kuzma, a 9-year-old boy, who enjoys practicing his English.

He, his mother and his younger cousin have been in Krakow for a week. He scrutinized a line of Polish school kids walking by, guided by their teacher. All the children are wearing high-visibility plastic yellow vests with smiley faces painted on them. “What do you do with yourself during the day?” I asked him.

He pointed to the park over the road, then added “but my dog is in Dnipro.”