“Who Is Jewish,” Pro-Palestinian Mob Beats Up Jews in Los Angeles as Anti-Semitic Attacks Increase 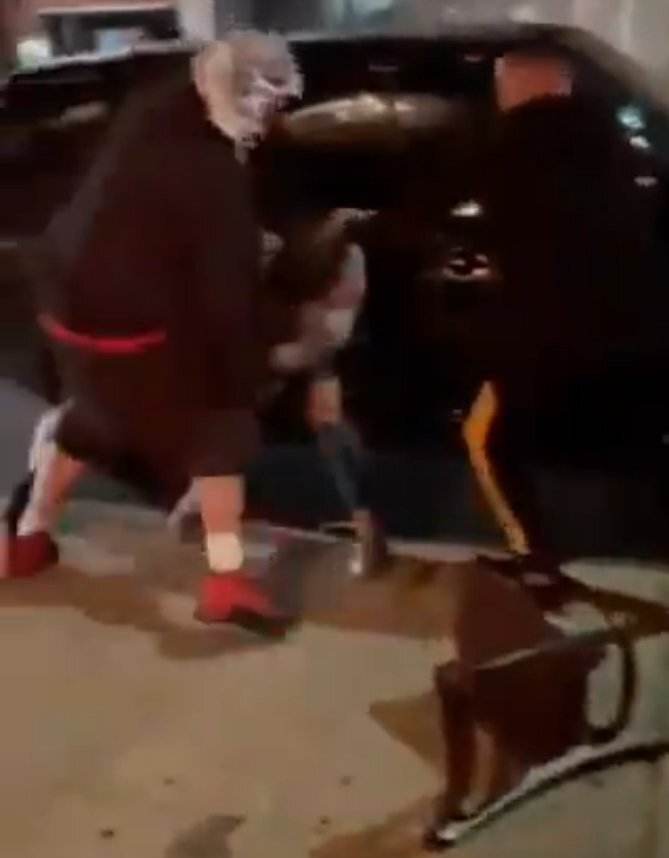 Anti-Semitism is being mainstreamed from the top of our government on down. We’ve already seen figures like Rep. Rashida Tlaib and Rep. Ilhan Omar promulgate Jewish blood libel and stump for the destruction of Israel. Given that, it shouldn’t be surprising that others would take their rhetoric to heart and start lashing out.

That’s been happening around the country as anti-Semitic attacks have skyrocketed, specifically in Democrat-run cities. Last night, one was caught on video as a pro-Palestinian mob accosted and then assaulted Jewish diners at a sushi restaurant. This happened in Los Angeles.

This isn’t just some random video that can’t be verified. According to Channel 12, an Israeli news outlet, the video is from last night and does portray what it shows. In fact, witness statements were taken, with one claiming that the mob asked “who is Jewish” prior to the fight breaking out.

“I’ve lived here nearly 10 years and I don’t remember such an incident of violence toward Israelis.”

If you watch the video, what you’ll see is a pro-Palestinian mob drive-by, throwing objects at the Jewish diners and shouting anti-Semitic slurs. One of the diners throws something back and the mob then disembarks and starts a big brawl.

That’s not the only anti-Semitic attack to happen in Los Angeles last night, either. Another video was released showing an Orthodox Jewish man being chased by cars waving Palestinian flags.

This kind of stuff is being encouraged and enables by politicians who are too cowardly or too compromised to speak against it. Has Joe Biden denounced these recent attacks without trying to blame it on nebulous white supremacists? Meanwhile, Tlaib and her cohort are just out and out terrorist supporters, spreading Hamas propaganda like they are being paid to do it.

It’s a sad testament to the current state of our country that open anti-Semitism and the attacks that lead from it are coddled instead of denounced. Republicans, if they retake power back in 2022, need to act swiftly to punish Democrats who have participated in this. The easiest move to make will be stripping Tlaib, Omar, and others of their committee assignments. Will they have the guts to do it