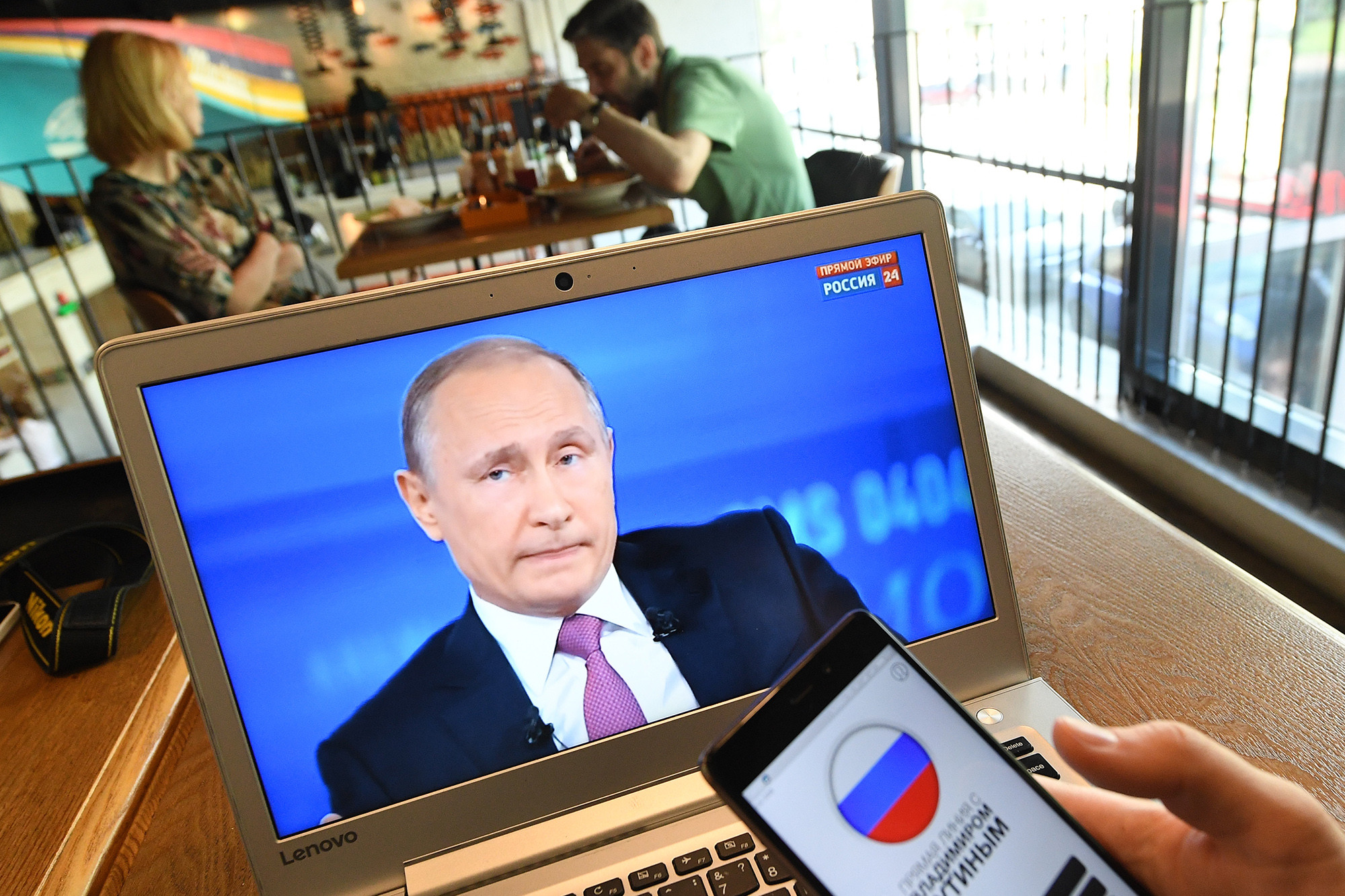 March 18, 2021 | 3:52pm | Updated
Obviously Russia is also a member of the P5+1White House shuts down Putin invite to public video chat, says Biden is ‘quite busy’

The White House shut down a request by Russia’s Vladimir Putin to hold a public conversation – perhaps on Zoom – with President Biden, saying the commander-in-chief is “quite busy.”

Putin went on state-TV after Biden referred to him as a “killer” in an interview Wednesday and said he was ready to hold talks with Biden on the relationship between the two countries and other regional conflicts.

He said said he would have his foreign ministry set something up for Friday or Monday.

But White House press secretary Jen Psaki quickly rebuffed the invitation and the tiff over the “killer” comments, saying Putin and Biden have “different perspectives on their respective countries.”

“We are confident that we can continue to look for ways where there’s a mutual interest – mutual national interest,​”​ Psaki said. ​”​But the president is not going to hold back, clearly, when he has concerns, whether it is with words or actions.”

She also said that Biden and Putin talked in January “even as there are more world leaders that he has not yet engaged with.”

“​I don’t have anything to report to you in terms of a future meeting. The president will, of course, be in Georgia tomorrow and quite busy​,” Psaki added. ​

In the interview with ABC’s George Stephanopoulos, Biden ​was asked if he thought Putin was a “killer.”

“I do,” the president said.

Biden also claimed he and the Russian leader had a conversation about the fact that he doesn’t believe Putin has a soul.

Biden said he told the Russian leader, “I said, ‘I looked through your eyes, and I don’t think you have a soul,’ ” the president told ABC’s George Stephanopoulos — and Putin looked back and replied, “We understand each other.”

Putin went on Russian TV to shoot back, telling Biden “it take​s​ one to know one” and wishing the US president “good health” without “any irony or joke.”

“We always see our own traits in other people and think they are like how we really are. And as a result, we assess (a person’s) activities and give assessments,” Putin said.

Russia has recalled its ambassador to Washington, DC in retaliation and demanded that Biden apologize to Putin for the “killer” comment.

The latest tiff marks a new low point in the relationship between the two countries that has been declining for more than a decade because of Moscow’s illegal annexation of Crimea, its support of pro-Russian forces in Ukraine and its meddling in the 2016 election.

The Biden administration slapped sanctions on Russian officials and businesses earlier this month after the US intelligence community determined that a Russian spy agency was behind the poisoning of dissident Alexei Navalny.