When the Largest European Block Country—Germany—Imposes A Nationwide Lockdown For the “Un-vaxxed”, you Know it is on its Way Here 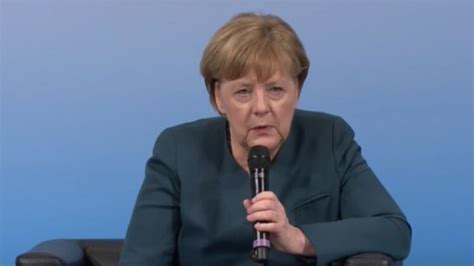 Just a thought: Is Hashem Perhaps Imposing His Own Version of Social Justice? PLEASE READ ON:

The Vaccine Passports—which is the goal that has been adopted by most European countries—is the primary enabler for the lockdowns. It is being distributed as a chip or an app which must be on your presence always. With this they track not only your movements but your transactions as well. And no, this is not a Sci-Fi novel or a conspiracy theory. It is very real: it has already begun in New York City. If you want to enter a restaurant, you must show your pass. When they order a lockdown, they will know that you are in compliance.

It is one thing when the lockdown rules go into effect for all of society but quite another when one segment of society is offered freedoms while another segment is enslaved—a practice quite familiar in Germany.

Do not be a wise-guy and ask how they will know. They will know. What is even scarier than what was just described, is their ability to segment society; to say you can go and you cannot go. You must stay home and you can go to the theater. Still don’t believe? Read on:

A couple weeks ago German Chancellor Angela Merkel announced large parts of public life will be limited for the unvaccinated. Merkel said hospitals are overwhelmed with Covid patients because people are refusing to take the jab. On Thursday Merkel and Olaf Scholz, the vice chancellor who will be replacing Merkel next week, will unveil the new Covid mandates:

Mandatory Covid shots for hospital, care-home employees. As many as 30 million vaccine shots given by Christmas. Increase pool of people who can administer vaccines. Access to restaurants, theaters only for vaccinated, recovered. Access to non-essential stores only for vaccinated, recovered. Tighter contact restrictions for non-vaccinated people. Nightclubs closed in places with high infection rates. Limits on number of spectators at large public events. Expanded crisis unit to coordinate federal, regional action.

In one of her final acts as chancellor, Angela Merkel will hold talks with Germany’s 16 regional premiers later on Thursday at which they’re expected to agree on new curbs including allowing only people who are vaccinated or recovered into restaurants, theaters and non-essential stores.

According to a draft agreement prepared by Merkel’s office, there will also be tighter contact restrictions for non-vaccinated people, nightclubs will be closed in places with high infection rates and there will be strict limits on the number of spectators at large public events.

“The important thing is that this is virtually a lockdown for the unvaccinated,” outgoing Health Minister Jens Spahn said Thursday in an interview with ZDF television. “The more than 12 million adults who aren’t inoculated is what is creating a challenge for the health system.”

Austrian Chancellor Alexander Schallenberg previously announced he is placing millions of unvaccinated people on lockdown. “We must raise the vaccination rate. It is shamefully low,” Schallenberg told a news conference.

How ironic!!! The process of “SELECTION” is very well know to the Germans!! They have been doing it to us for hundreds of years.